I have a confession to make: I didn’t love Enter the Wu-Tang [36 Chambers] the first time I heard it. Actually, I kinda sorta didn’t even like it. I know that’s like the Pope saying he didn’t dig the Bible the first time he read it, but it’s true.

I was a few weeks late to the Wu revolution and didn’t buy the CD until late November or early December of 1993, based only on the recommendations of friends whose tastes I respected. I still remember hitting the play button and hearing, “Shaolin shadowboxing…” come out of the speakers.

After listening to the entire album one time through, my first reaction was that it was weird and off-kilter and not really my thing. After having memorized the smooth and polished sounds coming from Death Row in the form of The Chronic and Doggystyle, my adolescent self couldn’t appreciate the rawness of what the Wu brought to my ears. The following Monday, I mentioned to a friend my impressions and I’ll never forget what he said: “It grows on you. You have to listen to it a few more times. I felt the same way at first, but now, I can’t stop listening to it.”

He was right. And I haven’t stopped listening in the quarter-century since.

I think back to that time and marvel at how much our listening habits have changed. I remember ripping the packaging off the tape or CD, carefully placing it in the boombox, pressing play, and letting the sounds wash over me while I flipped through the enclosed booklet, trying to absorb every piece of the experience.

Teams of people spend incredible amounts of time and money to make an album sound just perfect in a state-of-the-art studio, yet most people listen through phone or laptop speakers, constantly flipping through YouTube videos and Spotify playlists.

Today, no one stands in front of the rack of New Releases at Sam Goody or The Wall or Tower Records trying to make the right choice like we did. It was an arduous decision because you were stuck with whatever LP you picked.

When you only have a certain amount of cash to spend, you are much more judicious in your choices. Moreover, you’re much more invested in the album, because this was the one you chose over the others, so you were much more willing to give it time to grow on you. No one wants to admit they wasted their money. How else can you explain that I listened to Tha Doggfather just as much as I listened to Makaveli back in November, 1996? (Those two albums were released in consecutive weeks.) I spent the same amount of money on Snoop’s album as I did 2Pac’s so, financially, I was equally invested in both projects even though it was clear upon the first listen that the ROI (Return On Investment) on the two was vastly different.

Today, fans don’t even give an album a full listen before tweeting that it’s either “the greatest of the year!” or “the worst shit I’ve ever heard zzzzzz.” Not only is there no in-between, there’s no patience. People love to anoint something a classic immediately; paradoxically, if they don’t feel it’s up to that status, then there’s a good chance they never listen to it again. That’s ridiculous. This LP took months or years to craft and hone and perfect, but you’ve decided that it’s no good after a half-hour? Sometimes an artist’s vision takes time to grab hold of you and demand your attention. Unfortunately, we don’t give this process enough time to develop — or the artist enough respect to give them that time — because we’re already on to the next thing.

Eminem recently dropped a song in which he responded to the largely negative reaction to his latest album, Revival, which was released less than a month ago. The speed with which things move now is unprecedented and no one can keep up with it.

We are a consumer culture and that doesn’t just mean that we buy things instead of saving money. It also means that we only focus on getting the next fix. We are inundated with new music that is constantly coming at us and we are always gorging ourselves on songs and albums.

We never take the time to actually taste and savor what we’re consuming. Rather, we are looking for the next bite while still chewing the previous one. 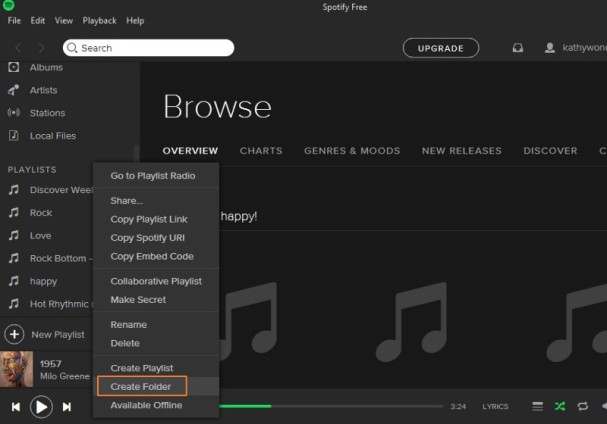 It’s like racing through an art gallery, merely glancing at the pieces on the wall as they fly by in a blur, focusing only on getting to the end so that we can go somewhere else and start the process all over again, all the while complaining that all of it sucks.

We are insatiable. And it has made us shitty fans.

People complain about how music sucks now, but they should ask themselves if they give albums the same time and attention that they once did. After all, favorite albums didn’t become favorite after one listen. They grow on you and become a part of your conscious and attitude and your being. If you equate an artist or song or album with a particular time of year, it’s probably because you listened to it over and over and over and over again during that time and even thought about it when you weren’t actively listening to it.

Connections like that don’t take hold after just one cursory listen.

In the end, maybe it’s not just the music that sucks these days.