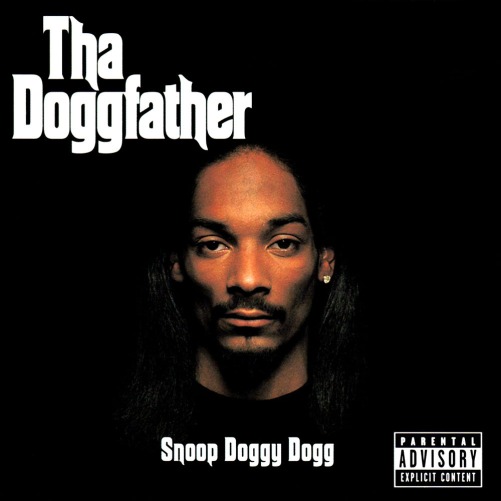 This is the first entry of Flashback Friday Flop, a weekly feature in which I will examine a hip-hop album from years ago that was considered a flop, either critically or commercially or both, when it was released and see if it has gotten better – or worse – over time. I’ve done this sort of thing before – regarding The Firm album back in 2012 as well as a book defending a few artists and projects that I feel were overlooked, but these projects will all be new territory for me.

It’s clear that Dr. Dre saw what was coming. He left Death Row Records, the label he co-founded, with no equipment, no masters, no artists, nothing. That was the price he paid to be allowed to leave his own company. And he did it willingly.

Among the people he left behind was his star protégé, Snoop Doggy Dogg, who had just been acquitted of murder and was prepping his long-awaited and highly-anticipated second album.

Although Snoop would claim that he didn’t care who was providing the beats (even proclaiming, “I don’t give a fuck about no beat!” at the start of track 5, “Freestyle Conversation”), that was an obvious lie. Everyone cares about who is producing their songs. Moreover, Snoop admitted that he had wanted to work with Dre, but had been prevented from doing so by Suge Knight. Instead, the beats were provided by a variety of west coast beatmakers, including Daz, Soopafly, L.T., Sam Snead, and DJ Pooh.

How did those beats come out? Well…here’s what Dre himself had to say on the matter:

“But to be perfectly honest, I don’t like Snoop’s new album…The first time I heard the single, I was grooving to it, but then I really started to get into the production and how it was sounding, you know? The first time you hear some shit, you just listen to it to get your groove on, but after that, I start breaking songs down. There’s really nothing that was said on there that hasn’t been said 50 times before.”

Tha Doggfather would be the last album Snoop released for Death Row, leaving shortly thereafter and eventually signing with Master P’s No Limit Records. While the album debuted atop the Billboard chart, selling 479,000 copies, and would eventually be certified double platinum, it was largely seen as a disappointment and, after Dre’s departure, ‘Pac’s death, and Suge Knight’s imprisonment – all of which happened over the course of only a few months – Snoop was Death Row’s last hope. When he left, the label finally crumbled. 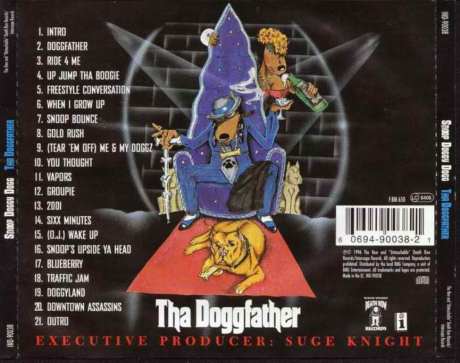 So, after nearly twenty years, how does Snoop’s sophomore LP hold up?

I understood the reasons for this – Snoop had not only matured, but he had been on trial for murder, had his trailer shot up on the “New York, New York” video set, saw Dre leave, ‘Pac get murdered, and Suge go to prison. He realized things had to change.

I understand that and I respect it.

But that doesn’t mean it makes for better music.

The album begins with an intro that is a compilation of Snoop’s name in the news, after which he dedicates the album to everyone that said gangsta rap was dead. However, this proclamation is followed by the title track, which is so bouncy and bubbly it could’ve been the backdrop for a young pop star’s single rather than a hardcore hip-hop anthem. Much of the album follows suit and, unfortunately, Snoop goes along with it. His flow was still water, but it lacked energy and, instead of relaxed, it came off as sleepy and made him seem disinterested in his own rhymes, even when he had quotable lines (“Murder was the case that they lost“).

On the aforementioned “Freestyle Conversation,” which ironically has one of the album’s better beats, Snoop doesn’t flow so much as he rambles in a hushed voice as if someone has a gun to his head in the recording booth (which, from what we know about Suge, may not be implausible) and “Sixx Minutes” is so lazy it could be a lullaby. The Death Row artists were always criticized for their characterization of women, but at least the earlier songs sounded good. Here, “You Thought” and “Groupie” are a struggle to listen to, cringe-worthy, and just plain bad.

The album isn’t a total loss, though. The highlight is undoubtedly the remake of Biz Markie’s “Vapors.” Just as he had done with “Lodi Dodi,” Snoop takes a hip-hop classic and merges it with his own style to create a brand new classic. Over four verses, he traces the roots and rise of he and his crew – Daz, Nate Dogg, Warren G and himself – with cleverness and refreshing honesty.

Aside from that, he seems energized when his crew joins him. “Gold Rush” is a funky version of Young Guns that may look ridiculous on paper, but works with Snoop, Kurupt, and The LBC Crew rhyming about life in the old west, bolstered by an atmospheric track. Likewise, “Downtown Assassins” features Daz and Tray Deee joining Snoop as members of a Corleone-like crime family (hence, Doggfather) and Snoop is at the top of his game: “I come through blastin’, me as a downtown assassin/Mashin’, may they rest in peace in their caskets.”

Sadly, this type of performance is rare on the album. In fact, one of my favorite tracks, both then and now, “Blueberry,” sounds like vintage DPG over a Sam Snead track, but the only problem is that Snoop doesn’t rap on it. He only comes on at the end of the song for a few words.

This was the last album he would release with “Doggy” as his middle (?) name, which was fitting because although he would show occasional glimpses over the coming years, pre-’96 Snoop was gone forever.

Ultimately, Tha Doggfather is a reflection of Snoop at the time – confused, defiant, relieved, maybe a little scared, and trying to figure out who he wanted to be, both as an artist and a person. On the album, he was schizophrenic, attempting to distance himself from gangsta rap while at the same time trying to save it.

In the end, he managed to do neither.

Christopher Pierznik is the author of nine books, all of which can be purchased in paperback and Kindle. His work has appeared on XXL, Cuepoint, Business Insider, The Cauldron, and many more. He has been quoted on Buzzfeed and Deadspin. Subscribe to his monthly reading review newsletter or follow him on Facebook or Twitter.