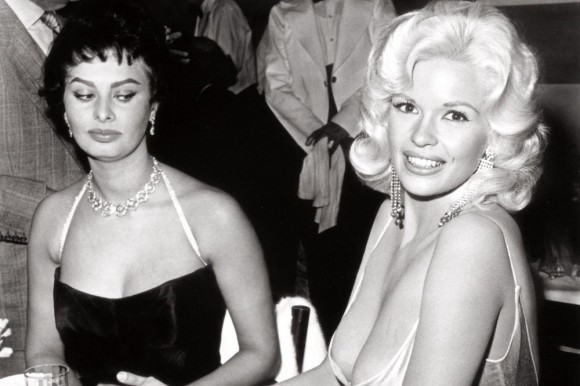 Recently, I learned that someone close to me had received a promotion. A big promotion. They would now be doing a job that is reserved for very few people in the world. It meant plenty of perks and tons of responsibilities. It was one of those jobs that comes with a press release.

They had not only wanted it, but they had worked extremely hard to get it. They had put in the time and the effort. They had paid their dues. They had sacrificed. They completely deserved it.

This person was extremely excited — and I was genuinely excited for them. But I was also envious.

I’m not a jealous person by nature. I don’t concern myself with the cars that other people drive or the clothes that they wear. Aside from personal libraries and winning sports teams to root for, I don’t generally covet what others have.

But my immediate reaction to this news was jealousy.

Why? I’m at the most successful point in my career — why would I be jealous of someone? And therein lies in the paradox. As Ryan Holiday explains:

Envy eats at me. Even if you’ve been successful — in fact often more so when you’re successful — you’ll still look around at other people and think: “How did they get that?”, “Why don’t I have that?” And then you’re unhappy or resentful or worse, you wish ill on other people.

I wish that I didn’t think those nasty, entitled thoughts. Who does? I find it to be even more embarrassing because when I really think about it, I have pretty much everything I want. But envy follows me like a shadow, as it does for a lot of people.

It is embarrassing. And childish. I don’t choose to be envious. I’m certainly not a hater. I genuinely want those around me to do well. I want to have nothing but positive thoughts for the successes of others.

But my immediate reaction is not so noble. The reasons vary — maybe I deserve it and they don’t; maybe they caught a few lucky breaks; maybe I think that I’d appreciate what they have more — but the underlying feeling is the same: they have it and I want it.

If I were to let it, this type of thought would probably devour me from the inside. I would be consumed with not only envy, but also self-loathing with a dash of unfairness thrown in. It could ruin me.

So now I force myself to think about all of the sacrifices that others made and then I ask myself — honestly — if I made those same sacrifices.

The answer is always no.

For instance, I used to work with someone that was a decade younger than me but who had already advanced further in their career than I had. Initially, this bothered me. I thought about my education and experience and couldn’t understand how this person had surpassed me.

Then I remembered that I was new to the company and knew very little of how it worked — both internally and externally — while this person had been there for several years and understood those things.

Moreover, I thought of how many times that person saved me, either by catching one of my mistakes, or teaching me the nuances of the industry, or making my work even better without ever once taking credit.

Finally, I thought of all of the nights I left before six to have dinner with my family and that person worked until nine, finishing reports, sending emails, setting up meetings.

I don’t regret my decision — I’ll always place family above work — but our priorities were different. This person put work first and the results proved that. I expected equal treatment (or better) while putting in fewer hours and fewer years? Talk about unfairness.

If I climbed only halfway up a mountain before quitting, is it fair to be jealous of the person that climbed all the way to the top and planted a flag there?

Now, I force myself to think of not only the destination, but also the road leading to it. We can’t have it all and our decisions impact our results. Choosing to spend as much time as possible with my family has led to me turning down some great opportunities and it will probably prevent me from having a job that is discussed on CNBC.

And I’m okay with that.

Because one thing I’ve learned in life if this: you may want what others have, but chances are you probably don’t want to go through what they did to get it.