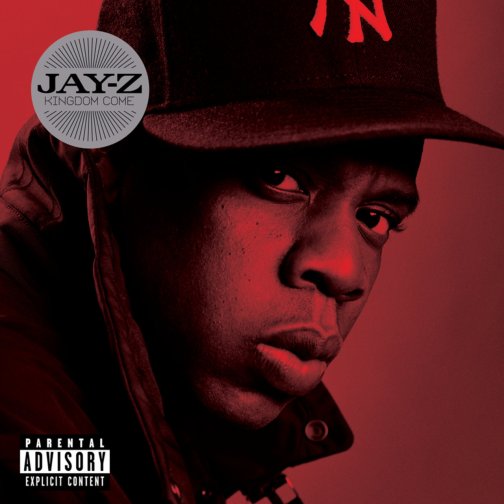 Welcome back to the latest – and final – edition of Flashback Friday Flop, a weekly feature in which I examine a hip-hop album from years ago that was considered a flop, either critically or commercially or both, when it was released and see if it has gotten better – or worse – over time.

This is the 25th entry of this series and while that is an arbitrary number, it’s a nice one with which to end. In fact, the truth is that I’ve explored most of the albums that I’ve wanted to within this space. To continue going forward every week would lead to me doing it out of a sense of obligation rather than interest. When that happens, the writing suffers.

Last year, I published a book titled In Defense Of… in which I argued in favor of select albums, films, athletes, actors, and musicians that I felt have been unfairly maligned or severely overlooked. That book covered a wide spectrum across pop culture rather than just hip-hop albums and I may create a new section on the site akin to that. Stay tuned.

In the meantime, thank you for traveling back in rap time with me and enjoy the last FBF entry.

I thought it was appropriate to close out this feature by revisiting an offering from the most successful, celebrated, and influential hip-hop artist in history. Only, I couldn’t figure out what album to choose. I’ve already looked at his collaboration with R. Kelly. Do I choose In My Lifetime, Vol. 1, a project that went platinum but failed to cement his place atop hip-hop that has aged very well? What about The Blueprint2, a bloated double album full of whisper raps and second-rate soul samples? Ultimately, the choice came down to what Pitchfork referred to as “so certainly Jay-Z’s weakest solo album,” The Blueprint 3, or the richer-than-God post-retirement victory lap, Kingdom Come.

I chose the latter because while BP3 is certainly not good – though it does have a few strong tracks – Kingdom Come was unveiled to the public amidst incredible fanfare, raising expectations. Somewhat amazingly, Jay-Z became not only richer, but more famous, in the three years that he didn’t release any albums. He had gone from mere artist to mogul, label star to label head. He popped up on some features and remixes and collaborated with Linkin Park and R. Kelly, keeping his name current, but always insisting that he was done releasing solo projects.

Then, the announcement came, in Entertainment Weekly of all places. Jay would emerge from the corner office and return to save the hip-hop industry since it still had not yet learned how to update its business model in a world of mp3’s and iTunes. Jay did a ton of publicity and anticipation for the album grew. He would be the conquering hero that returned to tell of the riches and legends that he saw on his journey.

His appearance on Funkmaster Flex’s Hot 97 show on October 30 only heightened expectations even further. He was spitting with heart and sounded as if he still had something to prove while also introducing the latest version of his artistic self, the business by day/rap superhero by night: “Take off the blazer, loosen up the tie/Step inside the booth, Superman is alive.”

Finally, the album arrived. With a thud. It all felt lazy and half-baked, full of boasts from an aging man that longs for the glory days while telling the new kids to stay off his lawn. According to frequent Jay collaborator Young Guru, there was a reason for this. The album was rushed, recorded while Jay was overseas so that Def Jam could save its fourth quarter:

“They’re like, ‘If this shit doesn’t come out, people are getting fired. I can’t pay my bills, this record has to come out at this time.’

“He’s doing a show with 70,000 people and then I’m asking him to go to the studio right after that; his voice is gone. We’re in a foreign place trying to catch a vibe so it’s like double work. Not only did you have to memorize and do a two-hour show, now I’m asking you to be creative. This is why you get Kingdom Come.”

Whether that is a valid excuse or not – wasn’t Jay the president and CEO of Def Jam, making him everyone’s boss, including L.A. Reid? – there is no denying that Kingdom Come was a disappointment on arrival. Even Jay himself called it his worst ever album.

Every Jay-Z album has a theme – some more fleshed-out than others – and this is no different. This time it’s the Bible – the album is full of references to God and Jesus from the lyrics to the song names to the album title – and Jay-Hova is the supreme deity, his opening track “The Prelude” acting as his Book of Genesis and the final song, “Beach Chair,” a thinly-veiled reference to the afterlife and Jay’s ascension.

The album actually starts off pretty strong. After the understated opener, we get three straight Just Blaze productions: “Oh My God” is really good, but the loud busyness of the track drowns Jay out at points; “Show Me What You Got” is the shallow but harmless first single that flipped Public Enemy‘s classic “Show ‘Em Whatcha Got” along with the blaring saxophone that Wreckx-n-Effect also sampled for “Rump Shaker”; and “Kingdom Come” is one of the better cuts on the disc, in which Jay cleverly references various superheroes, over an updated version of Rick James’s “Super Freak.”

That’s when the album begins to falter as the All-Star lineup of superproducers provide Jay with complete duds and he just makes things worse. Jay crafts his rhymes based on hearing the instrumental and the beats here are often so bad that it infects the concepts and overall execution of the album. Kanye West’s lone contribution to the project, the John Legend-featured “Do U Wanna Ride” is an absolute mess while the Neptunes channel sound effects from NES games for “Anything,” on which Usher and Pharrell both phone in some singing while Jay struggles to find the beat. It is in the conversation as the worst Jigga song in history.

Four songs have Dr. Dre listed as producer – two solo, two co-produced with Mark Batson – with varying results. “Lost One” is catchy and features some heartfelt – but subliminal – Jay rhymes while “30 Something” is, in the words of Bane, admirable but mistaken, as Jay tries to reverse all of hip-hop history by claiming that being old is cool.

Swizz Beatz’s “Dig a Hole” is a blistering assault as Jay finally responds to Cam’Ron and DipSet (and Dame Dash) with lines that make you hit rewind like “It’s like the disciples dissing Jesus and becoming his rivals/Shunning the one thing that they owe they life to” and “You sellin’ low too, only time you went plat/My chain was on your neck, that’s an actual fact.”

Weirdly, considering the legends that received production credit, an argument could be made that the best track comes courtesy of Coldplay’s Chris Martin. Over a dreamy soundscape with pounding drums that envelop the listener, Jay’s emotions can be felt as he leaves a verbal will to his future child(ren) while looking back on the dream that is his professional life.

The deluxe edition features a bonus track – “44 Four’s,” the updated version of the Reasonable Doubt classic “22 Two’s” that is an even more impressive lyrical display than the original.

When you have a career as long and varied as Jay-Z and you’re willing to try new approaches, there are bound to be some misfires and this album is proof of that. There is no single element that is at fault – there are highs and lows everywhere, from the beats to the concepts to the rhymes to to the hooks. Some songs work, a few are really good, most are bad.

Kingdom Come is not the musical holocaust that it has since been made out to be, but it’s far from peak Jay-Z and shows how quickly things can change in three years. He sounds tired, but he also sounds old and out of touch. Spending your days in a corner office and your nights in a penthouse will do that.

Tha Doggfather | Blood in My Eye | The Best of Both Worlds | Can-I-Bus | Beats, Rhymes and Life | Encore | Immobilarity | 14 Shots to the Dome | Forever | Christmas on Death Row | Double Up | The New Danger | A Better Tomorrow | Back from Hell | For All Seasons | Welcome to: Our House | Blood Money | Til the Casket Drops | Yeezus | Nastradamus | Blunted on Reality | Money, Power & Respect | Asleep in the Bread Aisle | Muse Sick-N-Hour Mess Age

You should bring back Flop Friday’s there’s albums which need to be revisited like DMX’s The Great Depression, Ice Cube’s Predator & Joe Budden’s debut.

Thanks! I’ll think about it…

“The Predator” is Cube’s best-selling album. Unless you mean it flopped critically.