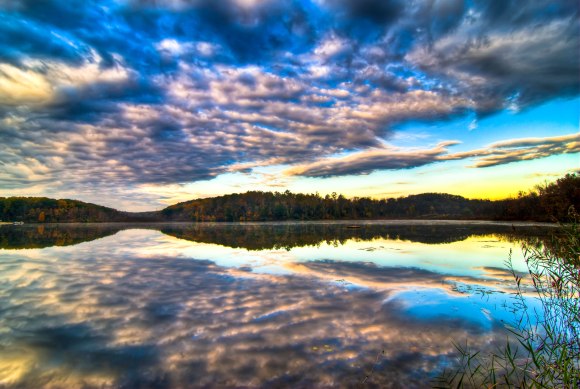 No one grows up dreaming of working a safe, mundane job. Nearly everyone in that position wants to be something else.

A musician. A painter. A crafter. An inventor. A brewer. A writer.

I’ve worked in an office for fifteen years, in a variety of organizations and industries, and I’ve met and worked with people that do these things at night and on the weekends.

While they are hobbies, they are also dreams. There’s a place in their minds — maybe remote, maybe front and center — that actively fantasize about walking away from the 9-to-5 and doing that thing for a living, to wake up and do for work what you’ve always done for pleasure. Even if we unrealistically romanticize the life, it’s hard to imagine something greater than living your dream.

Of course, the majority of us will never have the chance.

There are a variety of factors for this.

Some are emotional — we’re afraid of walking away from that comfortable day job to take a leap into the abyss; some are monetary — there are mortgages and car notes and kids’ clothes and healthcare costs, and student loan bills; and some are simply practical — we are unknown and our work is ignored.

This may seem disheartening initially, but it’s actually incredibly liberating.

If you’re only making art for yourself, you can do whatever you want.

Nearly every creative person, whether consciously or not, has created something blatantly commercial in an attempt for recognition and profit. By the large, the vast majority fail. Aside from a very, very small few, even those that succeed suddenly find themselves having to play a role in the system to keep their careers going. This is how the “one for them, one for you” method is born. Francis Ford Coppola had to make The Godfather Part III so that he could get financing for the smaller films he really wanted to make. Ryan Holiday wrote the commercially-viable Trust Me, I’m Lying so that he’d have the cachet to publish a book on ancient stoicism (The Obstacle Is the Way). Sometimes it works out, sometimes it doesn’t.

The paradox is that, often, the things you think won’t sell are actually the ones that sell the most. Art that comes from a place of honesty and pain is far better than art that is made with visions of money and fame. So, when the thing that you made only for yourself becomes ten times more popular than the reach for commercial appeal, it gives you the freedom of mind to do whatever you want. We should always have this mind state, of course, but it’s often far easier said than done. And when you don’t face constant pressure to move units, you have creative freedom to make anything. If it doesn’t sell, so what? You won’t be blackballed, so you just move on to the next project.

As long as you have realistic expectations, you’ll be able to make exactly the kind of art you want to make forever.