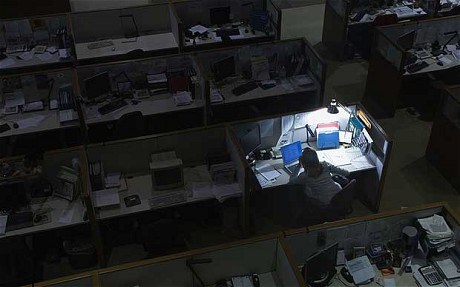 This is the first entry in a three-part series on modern life in work and business.

In a darkened room lit only by the glow of a screen, you continue to hammer away.

Maybe you’re still in the office or maybe you’re at home. The location doesn’t really matter because the results are the same.

You’ve been working for fifteen hours and you’re still not done.

Your eyes are burning from staring at spreadsheets for so long that when you look away, you can still see gridlines in your vision.

You’ve fixed one problem but the 40-page report is all linked, so the ripple effects are enormous. You have to make sure it all flows through and, more importantly, that everything still makes sense. If you work in an office where they place an extremely high value on nitpicky formatting, one simple change can throw everything off and make you virtually start from scratch. Again.

It’s 3 a.m. and you finally finish for the night. You breathe a sigh of relief. It’s over. For now. Because not only will there be more changes tomorrow – not to mention all of the backup documentation to show why the bottom line really is what it is – but because next month the cycle will repeat itself again. And the end of the quarter will be even worse.

It will never end.

The problem isn’t that sometimes there are long hours – nearly every job has those – the problem is that there are always long hours. Working late into the night (or early morning) is not the exception, it’s the rule. Even worse, it’s the expectation. And if you work for a multinational where your role supports or interacts with individuals around the globe, you’re always on call. Calls with Mumbai or Shanghai are often at 8 p.m. or 7 a.m. because the twelve-hour time difference makes it impossible to find a reasonable time for everyone. So they give you a shiny new iPhone and tell you to carry with you at all times.

There’s also the pressure. Every month, finance and accounting are expected to produce incredibly detailed, perfectly formatted reports with insight and analysis that relates to hundreds of millions of dollars within a matter of days. You can’t plan anything the first week of the month because you’re in the office until midnight. Going home at a normal hour is not even discussed. Working a twelve-hour day is just part of the job scope. The salaries are fine, but they’re not incredible and if you were to break it out by hour, the wage is lower than other, less taxing jobs.

Recently, I interviewed with the VP of Finance for a Fortune 500 multinational that said in his experience, every finance team is lean. Fewer people are expected to do all of the work so that they can keep overhead costs low. That makes sense until you think about the long-term effects of that – not only does it burn out employees, but many will leave and force the organization to constantly go through the process of recruiting, hiring, and training new people, a cost that is far higher than it would be to have an extra analyst or accountant on staff.

It’s this kind of short-term, money-pinching thinking that leads to the dictum that while other departments can spend at will, finance can’t spare a dime. Thus, small expenses that are not even rounding errors on a balance sheet like a pizza lunch once-a-month or picking up dinner for a team that is working late into the night are eliminated to prove that finance is setting an example. Meanwhile, executives use their corporate credit cards to sample the best restaurants whenever they’re traveling, but they argue that since that comes out of a different budget, it doesn’t count.

Google “Corporate Finance Burnout” and you’ll be treated to a litany of pieces on the topic. Unfortunately, not one of them say, This is a dumb way to do business. Let’s find a better approach. Instead, the focus is all about pacing yourself and taking vacation in your non-close weeks. I’ve been on conference calls where this exact scenario played out: “We understand it’s a difficult time and that will never change. We appreciate all of your hard work.” It was far from convincing.

This is a major reason why corporate finance is populated by young people.

The executives are older, sure, but the analysts and junior managers are almost always in their twenties. A hearty few are like machines that are only focused on work – they don’t expect to see their families during the week, they’ll travel all over the planet, they don’t get tired, they don’t even get hungry – and oftentimes they are the ones that rise up the ranks. Rightfully so.

There’s also an element of machismo baked into the whole thing. While there have been great strides in recent years to diversify, employees in corporate finance – especially as you move up the ladder – are male. They are competitive and arrogant, proud of being the last one in the office after all the other weaklings have gone home. Moreover, some still cling to the anachronistic notion that the man goes to work and the woman stays home and they only interact with their families when it’s convenient and does not interfere with the job. 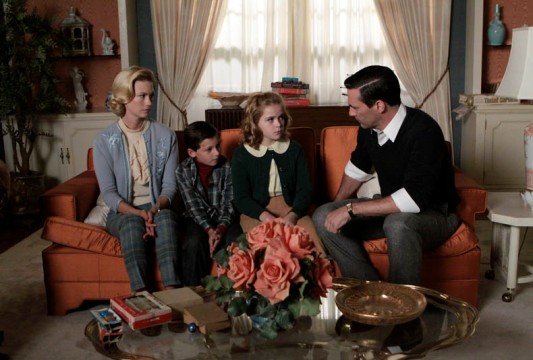 They also love to prove their intellectual superiority or catch mistakes. I once sat in a meeting where an executive – who knew we had been working late nights to get this thing together – found a typo deep in the report and responded by saying, “If this is wrong, why should I trust anything else in this document?” and ended the meeting. Days and nights of work down the drain. On the flip side, I had a VP that said, “I understand mistakes will happen, just make sure the numbers are right.” Similarly, I worked for a senior director that cherished having dinner with his family and sent his team home when the work was done, even if it weren’t even 3 p.m. Pragmatic, thoughtful leaders such as these are rare.

Most of us ultimately realize that we’re cut from a different cloth. I’ve put in eighty hour weeks doing manual labor and working all sorts of odd jobs but work is not my life and while I can handle the hours and the stress for a short time, it’s not in my DNA to do it forever. I recently turned down a job because I could tell that the entire finance organization lived for work and I’ll be damned if I die at my desk.

It seems like more organizations are realizing that trying to work your people to death is not a long-term strategy and are trying to change it, either through summer Fridays or allowing jeans every day or other perks like having a bar in the lobby of the building that not only encourages networking, but also relaxation.

But, having worked in finance for fifteen years for a variety of organizations from fundraising nonprofits to conglomerates that are near the top of the Fortune 500 list, it feels like it will never change because those individuals at the top cut their teeth this way and if it worked for them, it can work for everyone else.

But it doesn’t work for me.