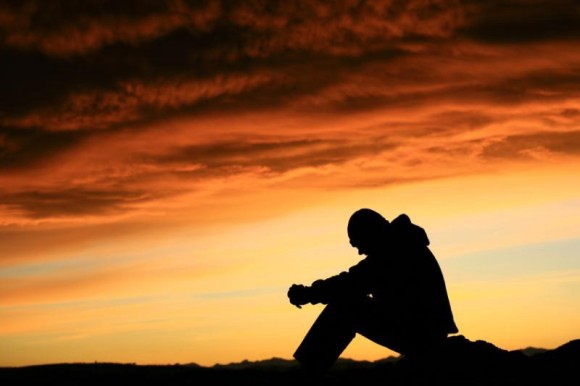 You feel it start to wash over you like a massive wave breaking directly on your head.

You’re sad. Even worse, you have no idea why you’re sad, so in addition to the sadness, there’s also a helplessness because you can’t explain it. You look for reasons or causes, but find none. You try to pinpoint it, but it remains elusive. There’s no logic behind it. But it’s there. You don’t dare tell anyone because they’ll first ask why and, when you don’t have an answer, they’ll tell you to cheer up. Some may even list all of the reasons why you shouldn’t be sad, like Terrell Owens’s publicist in 2006 proclaiming, “Terrell has 25 million reasons to stay alive,” when asked if he tried to commit suicide.

If it were a lack of money or food or love, you would know it and at least try to rectify it. Instead, it’s frustrating because you feel like you should be grateful for what you do have — “There are a lot of people much worse off than you!” many parents have announced — and instead you’re depressed for no reason. Tough love doesn’t help. A person telling you to snap out of it only pushes you deeper into your funk because it’s not a conscious decision. You’re not feeling this way on purpose. It’s not like you want to be this way. You don’t know what caused it and so you don’t know what will cure it. No matter what you try, nothing works. The things that bring you joy — and usually bring you out of your funk — hold no interest to you. You don’t want to listen to your favorite songs. You don’t want to watch your favorite movies. You don’t want to respond to calls or texts or emails. You don’t even feel like taking a walk let alone going to the gym. You don’t know what you want to do, you just know what you don’t want to do, which feels like everything.

You know that it’s a phase, one we all go through, and that the only medicine is time. That’s comforting, at least for a moment or two. After all, this too shall pass.