I recognized the look immediately.

It was a rainy evening and my wife was on her way to have dinner with a friend, so we met a middle point and traded the kid from her car to mine. Since my daughter had already had dinner, I asked her if she wanted to get some ice cream. She, of course, said she did, so I took her to the closest spot I could find, a small shop that was obviously staffed and frequented by teenagers. I know because when I was a teenager I worked in a similar type of place.

I had just come from the office, so I was wearing the standard suburban dad uniform: polo shirt, slacks, black loafers, and a general air of uncoolness. As my daughter was enjoying her kiddie cup of strawberry ice cream topped with M&Ms, a couple of kids that were friends with the one working behind the counter came in. They ignored us — as teenagers do — but at one point, I glanced up and saw the look on one of their faces. It only lasted for an instant, but it was clear. It said, I will never become that.

I knew the look well because for years I had given that same look to countless others. People spending money on a big wedding; parents with small children; men spending their weekends doing yard work; co-workers commuting far distances; peers not interested in spending every weekend night in a loud, packed bar; people sacrificing their own comfort or happiness for that of their children; and countless more. I had looked at those people as cautionary tales, models of what not to do.

But, slowly, things began to change. My teens bled into my twenties and my twenties quickly became my thirties. Over the course of about ten years I went from living with a roommate and spending all of my money on fun to having a family and a mortgage on a quiet street outside of a city.

I had become what I swore I never would.

Madonna. Channing Tatum. Lady Gaga. Cindy Crawford. The guest list of The Howard Stern Show has never been more star-studded, but many longtime fans lament the show’s change in direction.

After years of mocking Don Imus’s old age and vowing to never be on the air that long, Stern last week signed a five-year contract extension that will keep him at Sirius just shy of his 67th birthday. The man who once scoffed at the idea of taking off Fridays, now works only three days per week. The guy that spent pages of his autobiography attacking scores of celebrities, including Madonna and Crawford, now acts as a friendly, welcoming host when they visit his show.

Fartman, Lesbian Dial-a-Date, and even the sybian are memories, relics from a previous age. The show is very different. Google “Howard Stern hypocrite” and you’ll be inundated with emotional tirades from fans lamenting their king “selling out” to become a “celebrity ass kisser.”

While it’s understandable that fans miss the show that they initially fell in love with, I have little doubt that they would be the first ones complaining if Stern continued to do the same exact show for decades. They should realize that only a stunted individual doesn’t grow and evolve over forty years — I’m sure that many of Stern’s fans (like me) have themselves matured over time too — and a 60-year-old man ogling a girl that is younger than his own daughter is just creepy. Private Parts was published over twenty years ago, so it’s natural that Stern’s views and opinions would change. And as far as the schedule, there isn’t a person alive that, if presented with the opportunity to be paid $90 million per year, as well as ten weeks of vacation, and permitted to take off every Thursday and Friday, would not agree to it instantly.

Stern’s views have changed over time. If that makes him a hypocrite, then the vast majority of us are hypocrites as well.

Add in the fact that no one would be immune from changes brought about by success, fame, and money, not to mention fatherhood, divorce, and therapy, and it would not only be unrealistic to expect Stern not to change, it’d be simply naive. As Jay-Z, another successful individual targeted for selling out, once said, “Everybody look at you strange, say you changed/Like you work that hard to stay the same.”

Virtually none of us remain the same. Even if we want to. 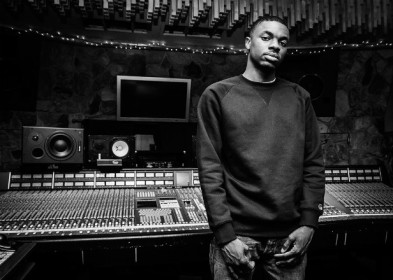 When I was a teenager, I was a hip-hop fanatic. My parents, who had grown up on Motown, The Beatles and The Rolling Stones, did not understand it. They didn’t consider it to be music. We lived in the rural suburbs, but they had both grown up in the city in poverty, and they couldn’t understand my attraction to rap, especially when people began calling me names because of it. They would listen to the oldies and playfully tease me about it because it’s not like there would ever be an oldies station for my music.
But for me, I was living in a golden age of hip-hop, the best time for the culture. Right? Vince Staples, for one, doesn’t think so. “The ‘90s get a lot of credit — I don’t really know why,” he said recently and nearly caused the Internet to self-destruct in the process. Staples was born in 1993, the same year Doggystyle, Enter the Wu-Tang (36 Chambers), and Midnight Marauders were released. Meanwhile I was 13, the age when music is the most important thing in the world to you and nothing else matters.

In fact, Staples himself said that just that. “‘Whatever you were watching or listening to when you were young is always going to be your favorite thing because it made you what you are today,’ he tells TIME. ‘That’s always going to be something that you appreciate the most, so that’s everyone’s favorite era.’”

At first, many hip-hop heads my age reacted with vitriol towards Staples. How could he not understand the greatness of the nineties? What was was wrong with him? Then I realized that this is the same thing my parents and other adults had done to us back in the ‘90s when we gravitated towards Nas and The Notorious B.I.G. over Lennon and McCartney.

Back in 2009, I remember reading about a mixtape called So Far Gone by a Canadian kid and being amazed at the praise heaped upon it. I had to hear it. I listened to it as soon as I could and my first thought was, “That’s not hip-hop.”

It’s the cycle of life. We grow up, we grow old, and we often become what we swore we never would.