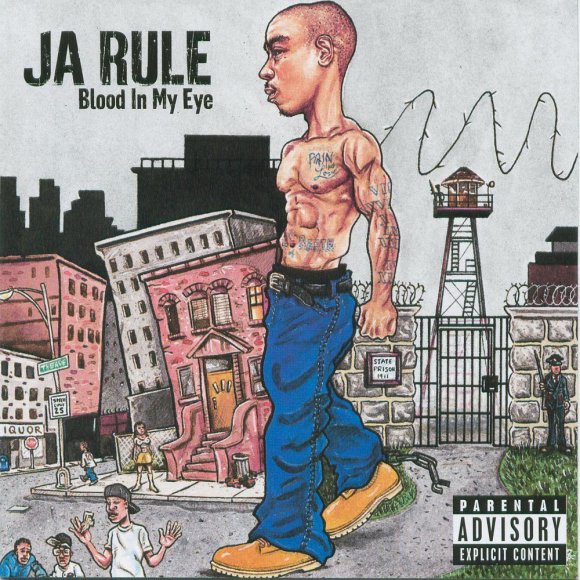 From 1999 – 2002, Ja Rule released four albums, all of which went platinum with two of them reaching triple platinum status. He mixed the street with the charts and became a hit machine, breaking through into the mainstream with 2000’s “Put It On Me.” His combination of singing and rapping helped bridge two separate styles that often needed a collaboration to pull it off. Ja could do it on his own.

By late 2002, however, Ja was being attacked and ridiculed by fellow Queens rapper 50 Cent, first on “Wanksta” off the 8 Mile soundtrack, and then all over his massively successful debut, Get Rich or Die Tryin’. 50 clowned Ja for singing on songs (even though 50 did that too) and copying 2Pac’s image. And he wasn’t alone. Eminem, fresh off a diamond-selling album, a hit film, and soundtrack that would nab him an Academy Award, and the rest of the Shady Records roster, went after Ja hard throughout 2003. Hell, even the reclusive and normally quiet Dr. Dre got in on the act.

At first, Ja publicly ignored all the comments. Then, he began to make statements. Finally near the end of 2003, after a year of seemingly nonstop barbs directed his way, Ja decided to finally take the bait and completely fell into 50’s trap with an entire album aimed at his rivals titled Blood in My Eye. Originally planned to be a mixtape (even the album cover looks cheap), it was ultimately released as a full LP. It debuted at number 6 on the Billboard 200 (and number one on the Billboard R&B chart) with 139,000 copies sold in the first week. Not bad, but it paled in comparison to both 50’s sales performance and his own previous releases, failing to even reach gold status.

At the time, 50 Cent was so popular and such a strong personality that almost no one admitted to ever liking Rule (despite his obvious popularity). Many fickle rap fans are also afraid of liking something unpopular, so a lot of them ignored the album completely and kept listening to Get Rich or Die Tryin’.

Now that a decade has passed, 50 Cent is no longer on Shady Records, and Ja Rule is planning a full-scale comeback, how does Blood in My Eye hold up today?

First off, the album’s one-subject focus wears thin over fourteen tracks, particularly for an artist like Ja who made his rep by crafting albums that had multiple lanes (songs for the streets, songs for the club, crossover songs). He took a year of disses and angst and put them into one package and it gets tiresome. For comparison, look no further than the other side, where the Shady Records mixtapes, Invasion and Conspiracy, included tracks aimed at Ja, Benzino and others, but were also rounded out by completely unaffiliated songs from the likes of Mobb Deep, D-Block, and even Jay-Z. The variety actually helped the diss tracks because they didn’t lose their impact by being diluted like they do on Blood in My Eye.

The album starts off with a fine yet unimpressive posse cut called “The Life,” followed by the two best cuts on the album by far, “Clap Back” and “Crown.” Despite Rule’s ability to make almost anything sound catchy, the rest of the album feels more like tossed off freestyles, with generic beats and stale material. If Ja had tacked two or three songs on a Murder Inc. mixtape or even made a short EP, the impact would have been much greater. Instead, it sounds like the rantings of a man that knows he’s losing his status. There are the occasional strong moments but they’re too little, too late. Furthermore, Ja also didn’t do anything to quiet the criticism that he was trying to bite 2Pac’s style by featuring Hussein Fatal of Outlawz, a group of ‘Pac’s protégés, on four songs.

Rather than vanquishing his enemies, Blood in My Eye only emboldened 50 & company. It was a last-ditch counterattack that failed. Somehow, it sounds even worse now. “Clap Back” and “Crown” are really the only redeeming qualities. I remember thinking the album wasn’t half bad back in 2003. Now, it sounds pretty awful.

Ja Rule was in a no-win situation at the time, but the worst possible thing he could have done was release a major label album that was mediocre, only hurting himself and his rep in the process.

But that’s exactly what he did.