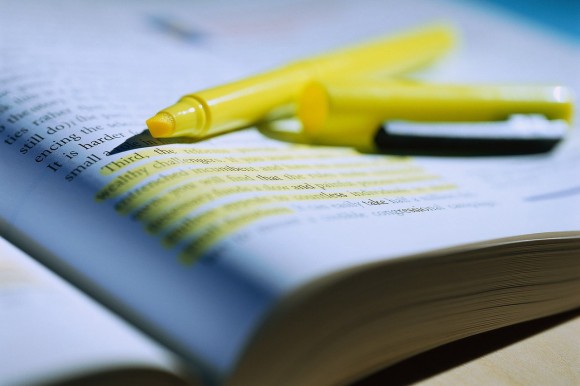 You can’t learn everything in school.

In fact, many of the greatest lessons are found outside of the classroom. As someone that went to graduate school (twice) and did get an MBA, I will not diminish it by saying that reading some books is the equivalent of completing a postgraduate degree. It’s not. I learned a great deal from reading case studies, listening to lectures, and engaging with my fellow students.

However, there there were some gaps that business school did not address.

To fill in those gaps, I turned to books.

Your education doesn’t end when you walk across the stage in your cap and gown. Actually, if you do it right, your learning never ends. There is always something new that you could learn or an idea that you could borrow and most of them are hiding inside books.

Below are ten books that enhanced my thinking and took my career to the next level. There are literally thousands of business books, but these are the ones that made the greatest impression on me.

There is no guarantee that these books will have the same impact on you as they did on me, but I truly believe that each one offers insight and lessons for everyone, even those that are not in the business world. 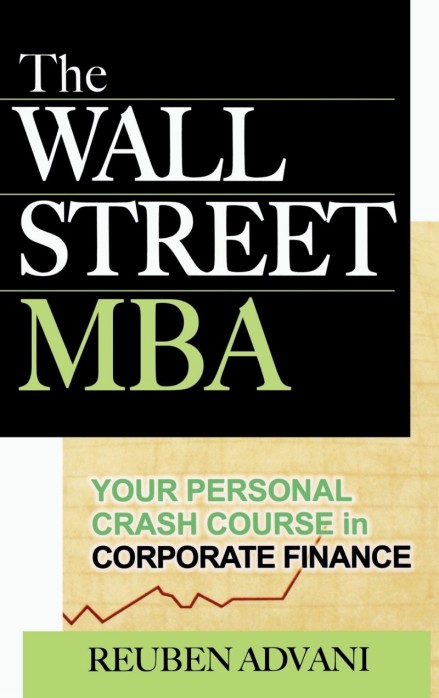 Business school is a wonderful place to learn management theories and debate the best course of action, but until someone rises to the executive level, their day is usually much more practice than theory and The Wall Street MBA is a perfect guide for that. Broken out into two parts — Accounting and Finance — it explains basic concepts like a balance sheet, income statement, cash flow analysis, as well as valuation, arbitrage, and M&A (mergers and acquisitions). Even after an MBA and fifteen years of experience, I keep this book handy. In fact, it’s next to me as I type this. It’s helpful to everyone, but I think it is most beneficial to others like me that were not business majors in college. 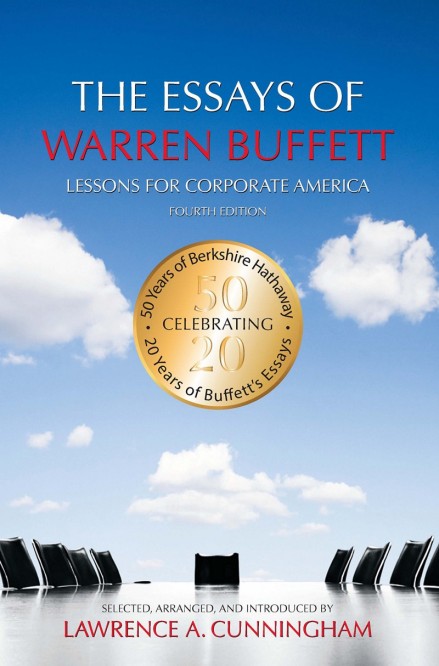 People pay small fortunes to have lunch with Warren Buffett and get his thoughts on life and business. Others shell out thousands to own Berkshire Hathaway stock and receive letters from the man himself. This books collects those letters and arranges them in a cogent way that feels as if Buffett came to your class as a guest lecturer and describes his business practices. There’s no better education than Buffett’s shareholder essays.

3. The Smartest Guys In the Room by Bethany McLean and Peter Elkind

I read The Smartest Guys In the Room before I enrolled in business school, when I was still early in my career, and the book blew me away. The demise of Enron is about much more than fraudulent accounting tactics and deceptive marketing. At its core, it’s about ambition, hubris, and greed — three things that are extremely prevalent in American MBA programs. This should serve as a cautionary tale for everyone. 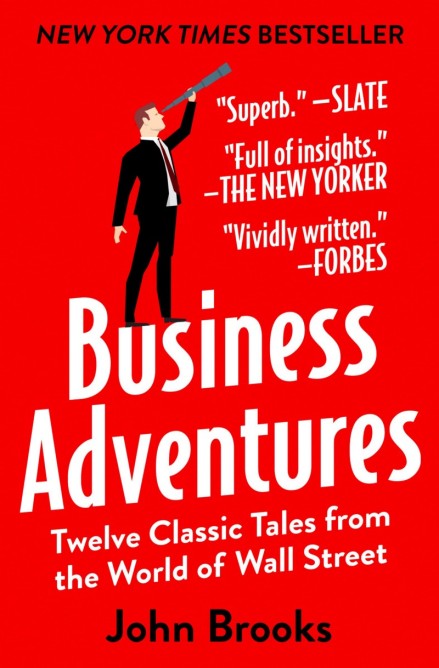 When Bill Gates first met Warren Buffett in 1991, he asked the Oracle of Omaha for a book recommendation. Buffett immediately suggested John Brooks’s Business Adventures and, to this day, the two agree that it is the best business book they’ve ever read. Detailing twelve stories from different parts of the business world of the mid-twentieth century, it may seem at first like the book is antiquated, but Brooks writes it in such a way that it doesn’t hit you over the head with lessons, but allows the reader to interpret the implications of what happened and take away lessons that will never be outdated. 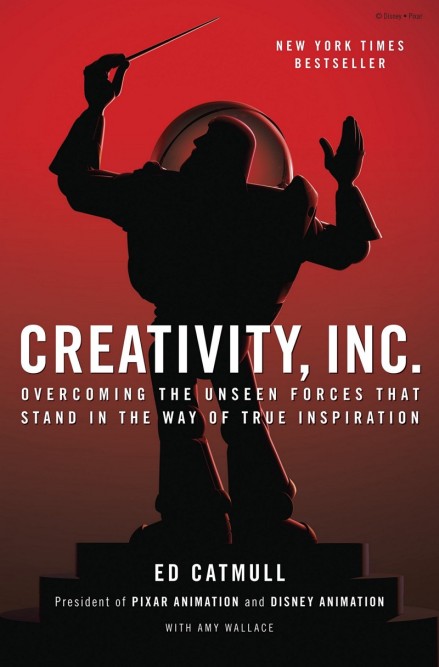 If all of the business school students are reading all of the same case studies and learning all of the same lessons, won’t the results be the same? Ed Catmull explains how Pixar fostered a culture that allowed its people to exercise their creativity while also learning from mistakes and setbacks without immediately resorting to panic. One of the greatest management books I’ve ever come across, it’s clear that Pixar’s incredible success was a byproduct, not the original goal.

Far too many autobiographies skim over the subject’s early years of struggle and uncertainty, making it seem as if success were destined. Shoe Dog does the opposite. Focused only on the early years of Nike, it details Phil Knight’s unlikely journey from college graduate to billion-dollar mogul and does not hide how many times it nearly came crashing down and how Knight, though hopeful, was far from positive it would all work out. On top of everything else, it’s beautifully penned (almost certainly ghostwritten by J.R. Moehringer, whose own memoir changed my life), illustrating the power that the written word can have, a skill sorely lacking in most offices today.

How do most of America’s wealthy dress? What cars do they drive? Where do they live? A detailed but fascinating case study on our wealthy neighbors, The Millionaire Next Door destroys the notion that everyone with a seven-figure net worth is a businessman with the expensive suit, expensive watch, expensive car, and expensive trophy wife eating caviar and champagne. Most are business owners that drive a truck and have never been divorced. Not only an interesting socioeconomic study, it also provides insight into ourselves. Each of us is the CEO, COO, and CFO of our home — if we can’t manage that small organization, how can we hope to manage one with thousands of employees?

What happens when an improbable — or seemingly impossible — event actually happens? How would a person or an organization react? While no one can predict these things, we can bolster ourselves to be prepared for when one does occur. So many of us are blind to our own biases and fallacies that confronting them will help tremendously in our being successful.

9. Good to Great by Jim Collins

An instant classic, Good to Great became required reading as soon as it was released. Jim Collins examines seven characteristics that explain why certain organizations reach the next level, which should force managers and executives to look at their own organizations and see how they stack up. The concept is not complex— get the right people on the bus, be brutally honest about the situation, leverage technology, and get the flywheel going — but the companies that execute it are rare. 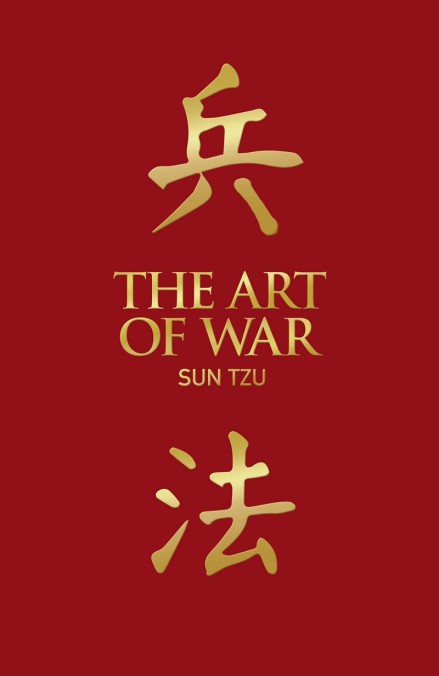 Timeless. Originally meant as a treatise on military operations, The Art of War offers lessons in strategy and tactics that can be applied to both work and life from deception to inspiration. There’s a reason it has not only survived, but thrived, for more than fifteen hundred years and will most likely have people reading it in another fifteen hundred years.