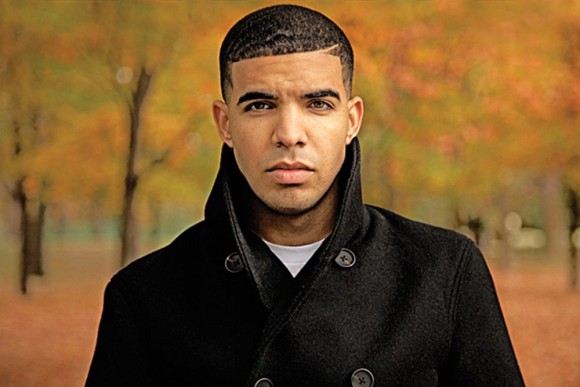 I can remember the exact moment when I realized that mainstream hip-hop had passed me by.

It was when I heard Drake’s So Far Gone.

Since its inception, hip-hop music has constantly evolved. It moved from its birthplace of the Bronx to other parts of the east coast, all the way to L.A., the south, and everywhere in between, the sound twisting and morphing, incorporating the vibe, slang, and attitude of each different locale.

As a child of the ’80s, I watched this progression play out and was one of the east coast kids that was just as enamored with Death Row as I was with Bad Boy. While I personally did not place Paul Wall, Mike Jones, and the Houston takeover of 2005 at the same level as I did Wu-Tang and Mobb Deep, I could still see the appeal of what they were doing. I understood why it resonated, particularly with fans from different areas of the map. It had always felt like a natural progression. All of it, from No Limit to Nelly, from Bone Thugs to Bonecrusher, still felt like it was part of the same genre of music.

Like most life-changing moments, I still remember exactly where I was when I first heard it.

It was mid-February, 2009, a few days after it had dropped and caused a stir in the hip-hop world. I was about to turn 29. I owned a home and was engaged to be married, but I didn’t feel old. Maybe a grownup, but not a true adult.

I was about to leave the office and go for my lunchtime walk, so I decided that it would be a perfect time to fire up my iPod and immerse myself in this new hot mixtape by an artist that I kept reading would become the next rap superstar.

I listened to a few songs and I honestly thought, like in the early days of file sharing, there had been a mix up, that while the label was So Far Gone, the music was someone else’s. This is what everyone was praising? Really? It was barely even rap. It was closer to R&B. He was singing. I felt like I was listening to a late night quiet storm radio show. I even went online to confirm that I had the right mixtape.

Clearly influenced by 808s & Heartbreak — the line of demarcation in the hip-hop generational divide that “changed the scope of modern rap music” — So Far Gone signaled the next step in the evolution of hip-hop. While he would ultimately go on to engage in beefs and release diss records, Drake, even more than Kanye West, brought an accepted sensitivity to mainstream rap, illustrated by the impetus for its creation:

“The whole tape extends from one of my closest friends Oliver. One night we were having a discussion about women and the way we were talking about them, it was so brazen and so disrespectful. He texted me right after we got off the phone and he was like, ‘Are we becoming the men that our mothers divorced?’”

I couldn’t believe it. I tried and tried and tried. I listened to So Far Gone multiple times because I was just trying to find what others saw in it. I was completely dumbfounded by it all — and I wasn’t alone. I’ve had many conversations about how we just don’t get what these kids are listening to.

This is nothing new, of course.

Every generation turns away from the music of their parents and just as rock ’n’ roll’s growth led to different sounds like punk, hip-hop’s explosion was bound to branch out into new areas.

Perhaps because, unlike punk, there is not a different name for this new wave of music, those of my ilk and age bristle when what is being released these days is referred to as “hip-hop,” as if this is what KRS-One had in mind all along.

The generation gap in hip-hop became such a topic of debate that The Wall Street Journal, a publication that for years didn’t even acknowledge the genre, released a piece about the friction between ‘emo’ vs. ‘dad’ rap.

The way artists have responded to this new reality have varied.

On Life Is Good, Nas just decided to keep making music that sounds like it was recorded in 1995 (he even shouts out those who are “trapped in the ’90s”) while on Kamikaze, Eminem actually employs trap beats just so he can lambaste the new generation while using their own sound to do it.

When I was younger and had more time and energy to worry about such things, I would get mad about new artists ruining the culture.

Now, I just listen to what makes me happy, which is a combination of albums from the ’90s, artists whose biggest hits were in the ’90s, and projects from the likes of Skyzoo, Pusha T, PRhyme, Roc Marciano, and a few others.

In September, 2009, seven months after So Far Gone dropped, Raekwon finally released the long-awaited Only Built 4 Cuban Linx…Pt. II, an album that was not interested in hip-hop’s evolving sound or its sensitive side.

And it was this old man’s favorite project that year.