This is the third entry in a three-part series on modern life in work and business – you can read part one here and part two here.

Maybe it’s the hiring manager, but more than likely it’s someone from Human Resources.

“Hi,” the cheery voice on the other end says, “we’d like to formally offer you the position of…”

All of those resumes you submitted that seemingly went nowhere? All of those applications you completed in which you had to type the same thing over and over again even though all of the information is already on the resume you uploaded? All of those calls from desperate recruiters trying to get you to accept that one awful job that they can’t get off their desk? All those phone interviews that you took on the sly so no one at your job knew you were interviewing? And even those in-person interviews in which they may have brought you back two or three times to meet more and more people and once again recount your employment experience before scrambling back to the office and changing clothes in the car or in the bathroom of a Dunkin’ Donuts so that your boss didn’t know you were trying to bolt?

All of it was leading to this moment. This is why you did all of that.

Only, it doesn’t feel right.

Maybe you knew it as you were exiting the building following your interview. Maybe it came to you as an epiphany in the middle of the night or while you were on the toilet the next day. Or maybe you thought it was all good until the offer came in and the package – salary, benefits, hours, dress code, travel, whatever – was not what you were expecting.

Do you still accept?

We’ve been conditioned – particularly since 2008 – to be grateful for any scraps of employment that our compassionate overlords dole out to us, that we should be happy that we get a check – no matter its size – and continue to work harder and harder just so we get to keep our jobs. So, if a company is generous enough to offer you a position, you take it.

Well, what if we reverse it?

Organizations choose from a pool of candidates and bring in several to interview before choosing the best fit. Why can’t we, as empowered employees, do the same? Why can’t we toss ourselves out there and see how many candidates we get?

I’ve sat through meetings about how we need to do more for the company on Thursday and saw people get laid off the following Monday. That’s business and that’s life. I get it. But why should loyalty be a one-way street?

If you think of yourself not as high school kid hoping to make varsity but as a free agent, able to field offers from a variety of teams before choosing the best option, you’ll be able to use this to your advantage. 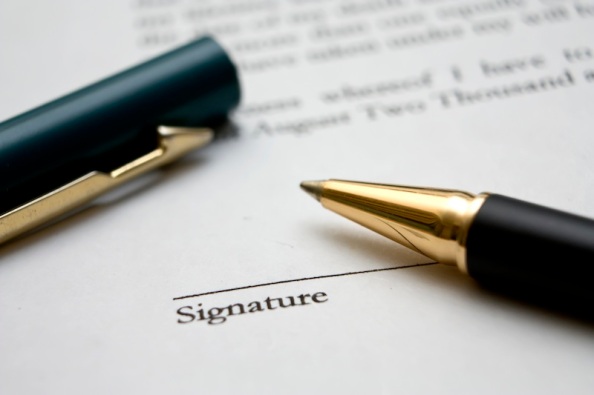 Be careful. This can get dangerous. Sometimes you wind up in a Latrell Sprewell situation in which you turn down $21 million because you claim it’s not enough to feed your family and are never offered another contract ever again. So you have to know the market and your value within that market, and what other options and opportunities are out there for you.

I’ve turned down a job offer several times and, in my experience, the most important thing is that you are doing so for the right reasons.

Recently, I turned down two offers within the span of a week, but only one was the correct decision.

The first was a role with a fantastic company. Unfortunately, they not only expected me to do the job of two or three people, but they also wanted me to travel globally for long stretches of time, something that I’d rather not do with a young child at home. Perhaps if they were going to double my salary I would have been willing to do it for a few years to get some great international experience and bank some money, but the package was not nearly worth the sacrifice. After informing the HR recruiter of my decision, I slept great.

A few days later, I turned down another offer. This was a great opportunity, one that provided me with some experience that was missing from my resume in an industry in which I had previously thrived. But I didn’t like the dress code and some other minor policies I found to be draconian. I was being stupid and petty. When I declined the offer, I felt uneasy and kept second-guessing myself.

When I told someone whose insights into both business and life I respect and value about the two offers, he couldn’t understand why I didn’t leap at the second one. In a very short conversation, he presented the situation in a different way and made me realize all of the things I was overlooking and thus forgoing. (A similar thing happened when I first met my wife. I guess I just can’t realize a good thing even when it’s staring me in the face.)

Fortunately, we were able to work through it and come to an agreement, and I happily accepted the position, something I should have done the first time.

But I was lucky. For a time, I believed that I had thrown away a wonderful job offer because it wasn’t the perfect job offer and worried that I’d never get that type of chance again.

So should you ever turn down a job offer?

Absolutely. But only if you’ve thought it through completely and you’re doing so for the right reasons.