At some point, Wu-Tang Clan became known more as an entity – a thing – than simply music.

Whether it’s due to the group’s size (nine original members plus later addition Cappadonna) or the unique names of its members (Inspectah Deck, Raekwon, etc) or the iconic album covers or the easy to doodle logo, the Wu’s presence is arguably as strong as ever even though their sales aren’t anywhere near their peak of two decades ago.

Like chess and kung fu, illustration has always been a staple of the Wu experience (and hip-hop in general). After all, the iconic Wu-Tang logo was originally a drawing by Clan affiliate Mathematics:

The group’s introduction to the world, the “Protect Ya Neck” single, also boasted a hand drawn cover with a variation on the logo that would be the one that would spread across the globe:

Over the years, virtually each member has fashioned their own version of the logo:

and one of the greatest covers in hip-hop history is an illustration for Clansman GZA’s 1995 solo album Liquid Swords: 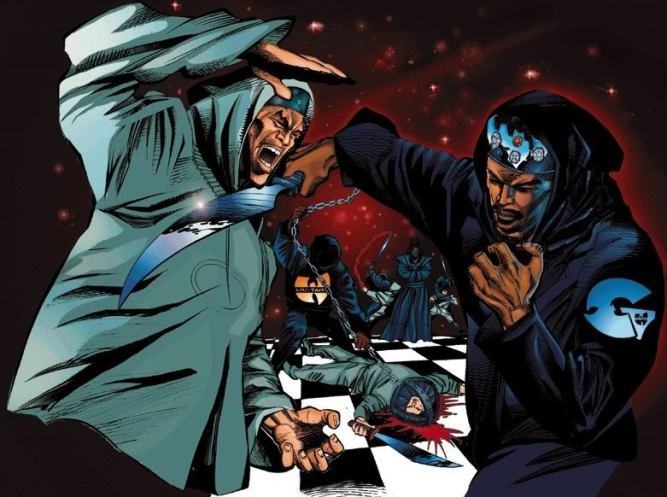 as well as the cover for Raekwon’s 2017 release, The Wild:

In recent years, illustrations of, and inspired by, the group have multiplied. Below are some of my favorites.

Mark Drew is a graphic artist who once showcased a gallery of art with Peanuts characters reciting classic hip-hop lines, several of which came straight from the Clan:

While Drew’s are the most famous, he’s not the only artist to combine Charlie Brown’s crew with RZA’s. Some others that I found online: 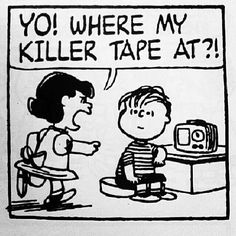 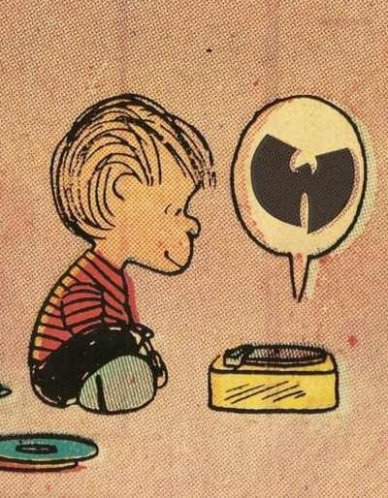 And here are two more references in unexpected places: 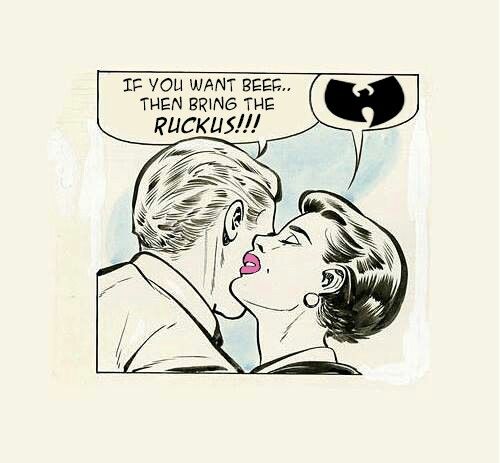 Of course, there are countless more. Such is the lasting influence of the Clan.