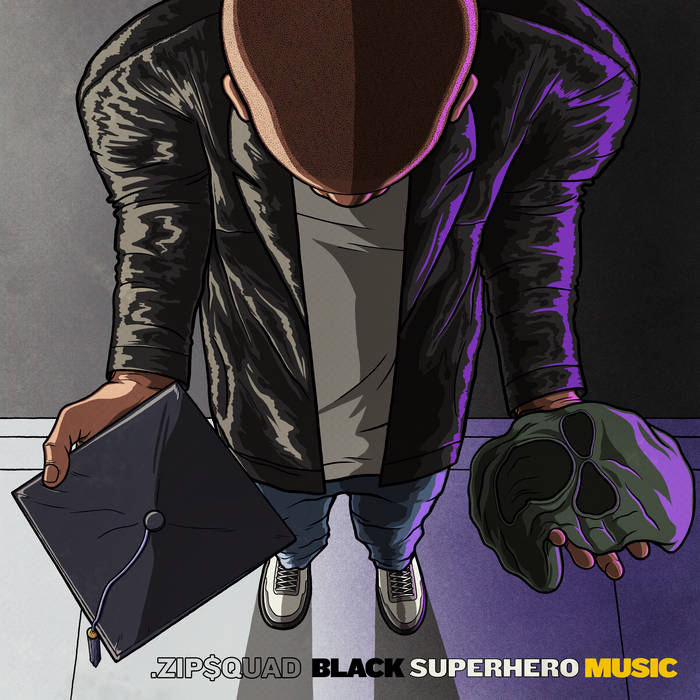 “A lawyer with his briefcase can steal more than a hundred men with guns.“

Society demands that we be easily categorized. We are defined not only by our race, gender, geographical location, and political leanings, but also by the things we buy, wear, and drive, and how we choose to spend our days and nights.

Nowhere has this been more evident than in regards to hip-hop. For years, the prevailing theme – among nearly all races and cultures – was that rap music was for dumb or simple people. Forget subjective taste – no intelligent person would listen to such filth and noise, no matter where he was from or what color she was. In complete fairness, sections of the culture, perhaps not wanting it to be watered down or infiltrated, also embraced and championed this idea.

As we, the first generation of kids raised on hip-hop, have matured and become professionals, we always knew this wasn’t true, but now we have irrefutable proof. Billionaire venture capitalist Ben Horowitz is a hip-hop superfan. Warren Buffett appeared on the cover of Forbes with a rapper. Even the President of the United States has hip-hop on his iPod.

If you loved hip-hop, the theory went, you obviously couldn’t love books. If you went to college, you couldn’t be up to anything illicit. If you carry a suitcase during the day, you can’t carry a weapon at night.

As if there is only one path.

Just because you get money the legal way doesn’t mean you are prevented from getting it the illegal way too. Instead of either/or, it can be and/both, as long as you realize the consequences of such choices.

Black Superhero Music, the long-awaited album by ZipSquad that drops April 16, addresses this dichotomy head-on. The cover artwork depicts a young black man holding two seemingly disparate objects – a ski mask and a graduation cap – with a shadow running down the center of his body, pitting one half in light, the other in darkness. Like an inner city Two-Face, there is clearly duality at play.

This is a theme that is prevalent throughout Black Superhero Music, sometimes explicitly (like when Sallie Mae gets mentioned), but usually as an undercurrent that runs throughout the project.

ZipSquad is a crew that has been bubbling, both as individual artists and a collective, for a few years and is clearly influenced by the hardcore groups of the mid-to-late-’90s like Wu-Tang Clan, Boot Camp Clik, and The LOX. Like them, each member has a different style and sound that they bring, meaning that they can appeal to different fans.

Black Superhero Music is an album in more than name only. It has all original beats and the songs focus on subjects and concepts beyond the usual mixtape. There is the heist tale (“Cool Breeze“), the soul-searching exploration (“Dear Father”), and the stripped-down posse cut that closes the album (“ZipSquad Anthem”). On “70s Era,” probably the album’s strongest track, they skate all over a silky smooth soulful backdrop and get their mob life on with lines like, “The Zips discuss your death over salmon, let’s hear your pitch/Only pause for wine orders that’ll complement the dish,” and “Cracking lobsters/Discussing crime topics, sample the antipasta.”

Aside from a couple of weaker efforts, most of the beats are strong – a few are even excellent – and they do a fine job of keeping the proceedings on track. Still, it’s clear that the project’s strength comes on the mic.

As a group that came up in – and is still influenced by – the era of dope emcees, they make sure the rhymes are always on point. Whether discussing life in the hood – “I’m in the city where they shit on the schools/And the addicts will tell you that having an addiction is cool” – dropping NBA references – “You’re alone, Malone, there’s no assistance, no Stockton“; “Titties flatter than a Gilchrist jump shot” – employing metaphors and double entendres – “I’m a Quiet Storm, never need a Mobb Deep/Raise Havoc when I speak, I’m a Prodigy with beats” – or just spitting bars that make you hit rewind – “I’m lookin’ for some shooters/I need n—as that go back in time to kill, looking for loopers and looters/King Koopas/Whoever want revolution” – the subjects vary, but the quotables remain.

But it’s more than just the verses. Jadakiss once said, “N—s rhymes be aight, but they need hooks,” and most of the tracks on Black Superhero Music have hooks, a few of which, like on “Long and Short,” are great.

Yet, while much of it is strong, it’s not a perfect album. Although most of the songs are mixed well, there are times when the vocals and the beats don’t sound even. On “Rap Guitars,” another track with a mesmerizing hook, the beat, which is dope, is too low and difficult to hear, while “We On” has the opposite issue in that the vocals are largely buried under the music.

Technical gripes aside, the album’s only real stumble is on “Whole Strawberries,” the song about sex. The attempt to further expand the album’s subject matter is admirable, but a bit mistaken, making it the weakest cut on the disc.

Still, the highs of Black Superhero Music certainly outweigh the lows. If you appreciate lyrically-driven vintage east coast hip-hop infused with other styles from other regions, ZipSquad deserves a spot in your playlist.

Christopher Pierznik is the author of eight books, all of which can be purchased in paperback and Kindle. His work has appeared on XXL, Cuepoint, Business Insider, Medium, The Cauldron, and many more. Subscribe to his monthly reading review newsletter or follow him on Facebook or Twitter.