He starred in American Hustle and Trumbo. He wrote for The Late Show with Conan O’Brien and The Chris Rock Show. He wrote and directed Pootie Tang and was part of the disaster that was The Dana Carvey Show.

But Louis C.K. is a stand-up through and through and for a stretch in the late ’00s and early ’10s, he was the biggest and best stand-up comedian in the world. There’s a reason GQ called him “the undisputed king of comedy.”

I’ve been a fan since almost the beginning and I’ve listened to all of his specials multiple times, so I decided to rank them.

[A quick note before we get started: 2015’s Live at Madison Square Garden was not included because the material was nearly the same as Live at the Comedy Store and I chose not to include any unofficial or bootlegged material.]

From the days when Louis, Marc Maron, Dave Attell and Sarah Silverman were the up-and-comers, this is the act that he performed for years and would grow to hate. While not as bad as he would later make it seem, this is a funny set, but one that could have been performed by any comedian. The jokes are fine, but devoid of any emotion or character. At times, it feels (and looks) like Louis is a completely different person.

It’s dangerous when anyone becomes too enamored with their own ideas. This is especially true of comedians, because their job is not only to present a notion, but then to mock it or observe it in a way that the rest of us don’t or even can’t. Yet, I guess when everyone calls you a genius, you can’t help but believe it. For a stand-up special, the result of this is an act that has set-ups that take far more time than the jokes (Chris Rock’s Kill the Messenger also suffered from this). Louis C.K. is a heavyweight champion of a comic – three jabs can stun you into a quick burst of laughter before the knockout floors you – but 2017 is more like a featherweight dancing around and preening without landing any punches. He tries – abortion and suicide seem to be topics ripe for C.K.’s deconstruction – but it’s more of a lecture than a comedy show, an exploration of ideas than jokes. He once again talks very little of his personal life – the very thing that made him a king of comedy – and worst of all, it’s not very funny.

A fascinating time capsule. After performing the same material for fifteen years, Louie decided to follow George Carlin’s example to write a new hour each year. This is the beginning of that and shows a comedian in transition. It includes pieces from both the 1996 Comedy Half-Hour and 2005’s One Night Stand as he was working to morph from the comedian he had been for years into the superstar he would become. This is the album he sold after performing in clubs and includes the jokes that many claim were stolen by Dane Cook. Some bits work, many do not, and still others would be enhanced and put to better use in the future.

The greatest thing about Louis’s run in the late 2000s was his willingness to be honest, particularly in regards to his family. But as his kids got older – and he became more famous – it was understandable that they became a much smaller part of his act. It’s understandable, but that doesn’t prevent it from being disappointing. Much of this special feels forced, as if he’s trying to conjure emotion rather than just conveying it. After a streak of five great specials, three of them being nearly flawless, he hit a pothole.

Even after performing in theaters and stadiums for nearly a decade, Louis still works out his acts in smaller venues and this time he decided to record himself trying out some new stuff at the famed Comedy Store. It’s raw and it shows. Some jokes kill, others need some more tweaking, and a few were just random non sequiturs. But, unlike earlier in his career, he’s so good and so experienced that he makes it work far better than it should. The polished version wound up in the Live at Madison Square Garden special.

He was still about a year away. Much of the material that was cut from this special would wind up as part of Shameless, so those two serve as sort of companion pieces, but there are a few soft spots here that would be ironed out of his sets in the next few years. Regardless, a great deal of this performance is still excellent and when he called his daughter a “fucking asshole” for cockblocking him, you could just tell that it was the beginning of something special. “So, how have you all been enjoying living the way I already was for a couple of years? Welcome to my life: can’t work, can’t go outside, can’t show your face, gotta wash your groceries.” The best Louis C.K. was always the one that made audiences guffaw from his brutally raw observations and the best parts of Sorry are when he returns to that. His kids are grown and gone, so much of the material is focused on external things and some don’t really land (a Good Will Hunting bit feels awfully dated in 2021), but when he’s speaking about himself and his relationships – to his mother, to his girlfriend – he’s still as good as ever.

Turning anger into humor is something all great comics do and Louis C.K. is no exception. Every one of his specials has an undercurrent of anger running through it, but this is the one in which it pokes through the most. Even the names of the tracks – “Let’s Talk Some Shit”; “I Could Ruin Your Night”; “The Right to Complain” – shows where he was at the time. It would be easy to dismiss some parts because they resemble his previous works, but he still packages them differently to make them feel fresh. Weirdly, the bits from the encore are some of the special’s best. 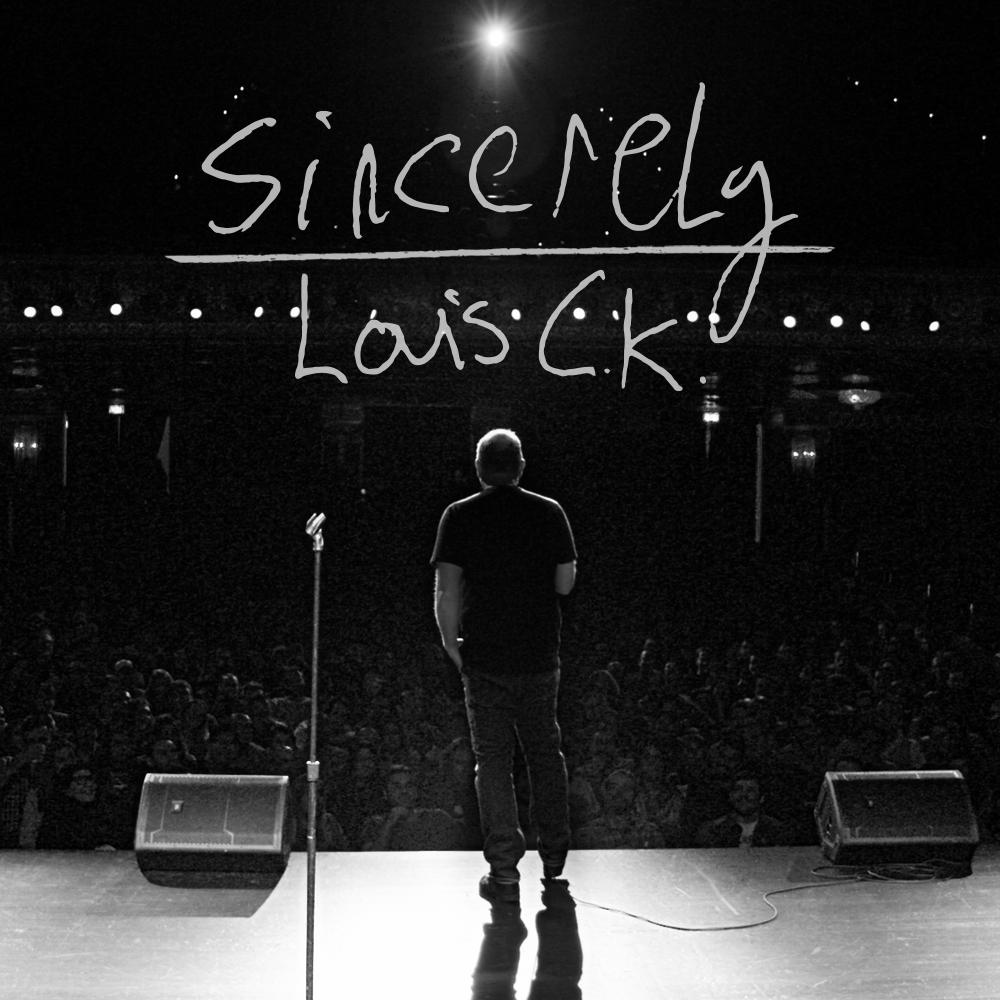 What a comeback. After some of the weakest specials of his oeuvre (when his brilliance was focused more on his television show) and awkwardly admitting to sexual harassment that had been whispered about for years, Louis C.K. was stripped of his TV shows and film distribution, and largely disappeared for a couple of years. His return would always be controversial, but he nailed it with a vintage performance, skipping around around a variety of topics like pedophilia, the death of his mother, religion, and the existence of God, and, in a roundabout way, his scandal (his opening line: “How was 2018 and 2019 for you guys? Anyone else get into global amounts of trouble?”). Less meandering and self-important than his previous few outputs, this is extremely close to his late 2000s apex.

This has some classic bits: the Willy Wonka song; smoking potent pot with twenty year-olds; leaving the rental car in the middle of the street. But the story of Jizanthapus and the vitriol that this famous grown man spews about a child is hilarious but also relatable, even for those that don’t have children. Apropos of nothing, I saw this set (with a few changes) live in Philly and it was, along with a Bill Burr set at Caroline’s, one of the two greatest comedy shows I’ve ever witnessed.

Hilarious finds Louis in a different phase of life, dealing with being single again after a divorce. He uses that as a jumping off point to talk about the types of people that go to clubs (the vapid “hot chicks” with the three lines of their shirt, skirt, and boots and the pack of “going out dudes” all wearing the same shirts) before transitioning into our mindless culture that takes flying and cell phones for granted, before bringing it back to his sexual inventory and health. While the middle sags a little with his bit on currency, it is still far better than most comedians’ best work.

The breakout performance. Originally meant to help promote HBO’s very underrated Lucky Louie, the plan was that the show would air for a decade and C.K. would quit stand-up. Instead, the reverse happened. The show promoted the comedian and the special became a huge success that led to a prolific run of stand-up for five years.

Like Babe Ruth in 1927, Muhammad Ali in 1966, and Michael Jordan in 1993, Louis C.K. was a first-ballot Hall of Famer in his absolute prime in 2008. He dives right in, kicking off the show by deconstructing the idea of offensive words, and he doesn’t let up for an hour, touching on the benefits of being white to the ups and downs of fatherhood. Even something as benign as loving Cinnabon would be lightweight fare in the hands of another comic, but here it is used with gravity, to say something both about our culture and the man himself, the thing Louis C.K. does better than almost anyone.