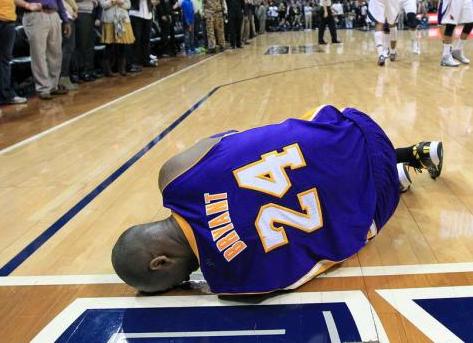 It’s nearly 2016, so that means it’s been a decade since three of the greatest athletes in American sports history were in their absolute primes.

Kobe Bryant was leading a scrub-filled Lakers team that year, which included his absurd 81-point game in January, 2006.

2006 was the year Peyton Manning finally got over the hump, topping Tom Brady and Bill Belichick in the AFC Championship, and winning the Super Bowl. 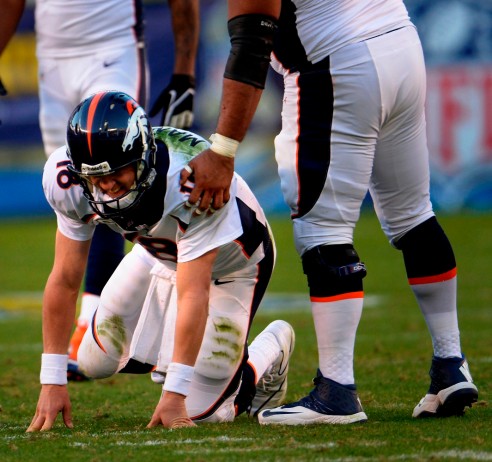 Tiger Woods added two more majors to his collection in 2006.

Now, they all look like they made a wrong turn on the way to the local playground, but still decided to try to compete at the highest level.

Kobe is shooting for 30% from the field (20% from three) and playing worse defense than James Harden. Peyton Manning’s arm is weaker than my 3-year-old daughter’s and can barely even move after games. And Tiger Woods says his days are filled with walking and video games.

At first, we feel sad for these former kings, but they all seem relatively content with life. Yes, they would all love to get back to dominating their respective sports, but they also know that their time has come and gone. Kobe is making jokes in post game press conferences and Tiger says that any more PGA victories will be “gravy.” Only Peyton seems insistent on fighting Father Time, at least publicly, but he knows his career is coming to an end. When was the last time he was benched? 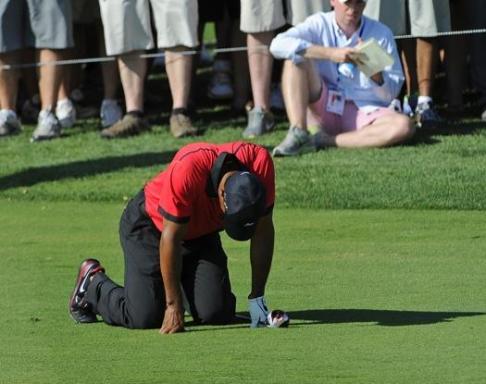 But athletes try to hang on too long – Willie Mays with the Mets, Patrick Ewing with the Sonics – only because they just want to keep playing. It’s both their passion and their career. Who would want to give that up? It is the rest of us that place arbitrary labels and caveats on careers, like “Joe Namath’s time with the Rams doesn’t count” or “we ignore Michael Jordan’s years with the Wizards.”

That is for us, so that we can leave our memories pristine and our idols unblemished. That way, even if we didn’t accomplish everything we dreamed of in our own lives, at least our icons did. Jordan didn’t care that he (supposedly) ruined his perfect ending, his fans did. They didn’t want to see a mortal, they wanted to remember a superhero, one that left with his arm outstretched and his cape flapping in the breeze. 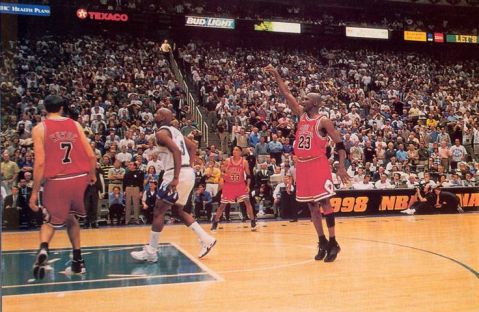 Kids that were born in the ’90s and were adolescents in the 2000s who believed Kobe was God and Jordan worshipers were clinging to a long dead past are now defending their own weary deity against a generation that knows without a shadow of a doubt that Steph Curry is the greatest basketball player to ever step foot on a court.

And so it goes.

The same is true with music. Every generation believes the music of its youth was the pinnacle and everything that came after it is shit. People my age are positive that nothing will ever beat ’90s hip-hop or ’90s NBA. Part of this is rooted in fact, but much of it is because we romanticize the past and wax nostalgically about how life was better back then, because life is better when you’re young. Mortgage, career, and responsibilities or high school, college, and carefree fun. Which would you choose?

When I watch Tiger’s chip-in at the 16th hole at Augusta in 2005, I am immediately transported back to that time, when I was 25 years old. But that was a decade ago and so much happens in ten years. The world keeps spinning.

Tiger has made peace with his mortality. It’s time for the rest of us to do the same.