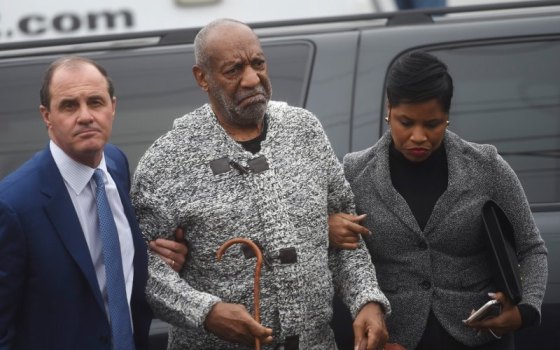 Yesterday, as I was sitting in the waiting room of the doctor’s office and trying to read, I kept getting distracted by the TV, which was airing a show called The Real.

The show’s first guest was Maclolm-Jamal Warner, who is still probably known best for playing Theo Huxtable on The Cosby Show. One of the hosts asked Warner about the current state of affairs involving Bill Cosby and all of the accusations of drugging and raping leveled at him recently.

While Warner said he couldn’t defend him, he also said he wouldn’t throw him under the bus, choosing instead to focus on the way in which the media is portraying Cosby compared to other men that have been accused of sexual assault crimes: