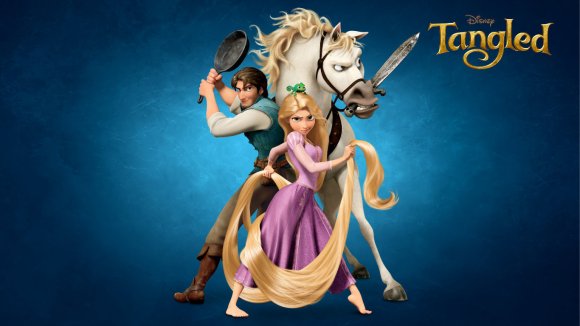 My daughter turns four on Sunday. That’s insane. I know it’s cliché but it is crazy how fast kids grow up.

We’re having a party and this year’s theme is Tangled, the Disney version of Rapunzel, who is by far my kid’s favorite. She takes her blanket that my mother knitted for her when she was born and hooks it into the wrought-iron railing on the stairs and when Rapunzel slides down the tower on her hair (:19 second mark below), my kid slides down the stairs, pretending her blanket is her hair.

She has numerous Rapunzel dolls and figures, a few dresses, and even a long, blonde wig that she wore for Halloween last year. She’s been asking about her birthday for months and I can’t believe it’s here.

There is so much to do between now and Sunday.

If you do it right, parenting is tough. Super tough. And it can be frustrating and thankless and confusing. Sometimes, as Louis C.K. says, you daydream about kicking her out of window or wish she would stop asking questions. But it can also be wonderfully rewarding and able to introduce you to feelings you didn’t know you had. Plus, as my former therapist often remarked, “Kids don’t ask to be born.” You may not be able to provide everything monetarily, but you can answer their questions and expose them to all of the wonderful things the world has to offer.

[Here’s what I wrote when my daughter turned one]

She’s attached to me, following me into the bathroom, the car, the office, wherever. We play everything from basketball to chase to evil witch to shops to soccer to princesses. She has that toddler accent where she pronounces dresses like “dwesses” and she sings and does ballet in the living room. She’s an amazing person, far smarter and more curious than I ever was, able to connect different ideas better than some people I work with.

She can also be a manipulative pain in the ass that makes me angry and exhausted.

After all, she’s four, and I hate how fast she’s growing up.