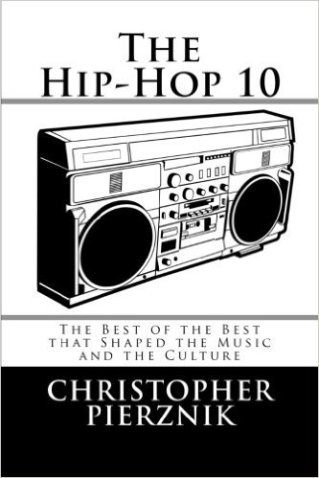 My baby turns four years-old today. No, not my daughter, though she does turn 4 next month. Today, we celebrate my other, first baby.

In a year, I’d have a demanding new job far from a home. A year after that, I’d move out of the state of Pennsylvania for the first time in my life. But before all of that, in a month, I’d be a father.

I knew that my life would be different. I knew that my time and priorities would have to shift. I was in the process of leaving I Hate JJ Redick, the first site to which I had been a regular contributor, because I knew I’d no longer be able to commit to producing new and quality work.

I truly and honestly believed that the time I could devote to writing would be severely curtailed, if not completely eliminated.

But I still had something to say.

If I would no longer have neither the time nor the forum to spout my ideas and announce my preferences, I decided that I’d need to leave something. I decided to write my hip-hop manifesto. I would finally put down on paper everything I had felt for years.

In his introduction to the Stephen King collection of stories, Night Shift, John D. MacDonald writes the following:

I wrote The Hip-Hop 10 to please myself. It was a culmination of years of listening and learning, from reading The Source and XXL to watching YO! MTV Raps and Urban Xpressions, from friendly conversations and fierce debates with other rap superfans.

More than a decade before Twitter and flame emojis and every album being touted as a “classic” before it is even released, we would sit in the dining hall or on the floor in the hallway of our dorm, ranking the greatest emcees and albums, listing the greatest groups and most underrated artists.

The book was me having the final word on all of these topics, intertwining my own opinions with those of professional writers and reviewers. Everyone didn’t have to agree – in fact, I’d be shocked if they did – but I wanted to lay out my case once and for all.

Of course, I did not stop writing. For a time, my production actually increased. From May, 2012 – September, 2015, I wrote eight books.

The Hip-Hop 10 is by far the most popular. It’s also very likely the worst.

Those two things aren’t correlated, they just happen to both be true.

As someone that does not spend money on advertising and has never been on a podcast, let alone a YouTube video or a radio or television program to promote my stuff, I know that the reasons this book has done well is due to things other than the quality of the writing.

The biggest reason for its success? The infamous Byron Crawford gave the book a positive review. I wouldn’t say that Bol and I are friends, but I’ve been a fan of his for a decade and we’ve conversed several times over the years, first in the bowels of XXL, then via email and Twitter. Arguably the most famous rap blogger, he’s a fantastic writer that has a unique voice and several successful independently published books to his name, and he treated both the book and me with kid gloves. He didn’t have to do that and I’ll be forever grateful.

A second factor in the book’s (relatively) lasting success is that I reached out to the artists whom I spotlight in the book as underrated – most notably Treach, Styles P, and Black Thought – and they lent their support for the project on Twitter. It’s hard to know exactly how many sales came this way, but it certainly brought more attention to the book than it otherwise would have received.

The final reason, much as I’m loathe to admit it, is that it’s a listicle, so it’s ideal for the BuzzFeed generation. It’s a top ten list, the most basic of rankings that David Letterman began doing on his show when I was five years-old, and also has a basic yet engaging title that makes people want to read it (unlike, say, just the name of a city).

It’s weird to look back, four years and hundreds of thousands of words later, at that book. I can’t read most of it because it makes me cringe. I was so raw yet so cocksure. As a result, I like the concept of the book far more than the execution. There are so many things I wish I had done differently, but, in truth, that’s how I feel about everything I publish, from deeply researched books to 300-word blog posts. That’s just the nature of the beast.  (I actually did fix the most egregious problem: the cover. The original one was hideous.)

Earlier in that same introduction, MacDonald described it perfectly:

You send books out into the world and it is very hard to shuck them out of the spirit. They are tangled children, trying to make their way in spite of the handicaps you have imposed on them. I would give a pretty to get them all back home and take one last good swing at every one of them. Page by page. Digging and cleaning, brushing and furbishing. Tidying up.

I look back on The Hip-Hop 10 and there are so many things I wish I had done differently. At the same time, it’s perfect just the way it is.

I love it, in spite of its flaws. It’s my baby.

Christopher Pierznik is the author of eight books, all of which can be purchased in paperback and Kindle. His work has appeared on XXL, Cuepoint, Business Insider, Medium, The Cauldron, and many more. Subscribe to his monthly reading review newsletter or follow him on Facebook or Twitter.