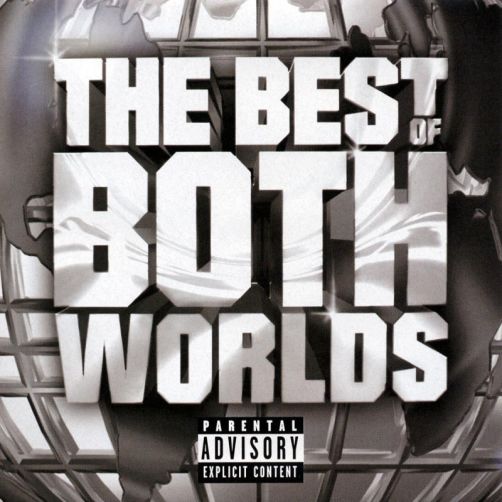 In May, 2001 Jay-Z kicked off the remix to R. Kelly’s “Fiesta.” It was a great record, one that became the most popular R&B/Hip-Hop song of 2001 according to Billboard. The two had worked together several times before that. First, they had linked up, along with Changing Faces, for “All of My Days” off the Space Jam soundtrack in 1996, as well as a posse cut, “We Ride,” alongside Cam’Ron, Noreaga, and Vegas Cats on Kelly’s 1998 double album, R. before working on “Guilty Until Proven Innocent” from Jay’s 2000 album, The Dynasty: Roc La Familia album.

The following year came The Best of Both Worlds, a collaborative album that would unite their empires. Only, it didn’t turn out that way. The album was met with shrugs and yawns, but when Kelly appeared at Jay-Z’s farewell concert at Madison Square Garden (as shown in Fade to Black), the response was so positive that they talked about another album – which were just outtakes from the studio sessions for the first LP – and a full tour together. We all know how that turned out. (I actually went to the show when it came to Philly as Jay-Z and Friends and I must say that I enjoyed it far more than I would have if it had been just Jay and Kelly. I was able to see T.I. Mary J. Blige, DMX, Puff, and more. Kelly’s loss is my gain.) 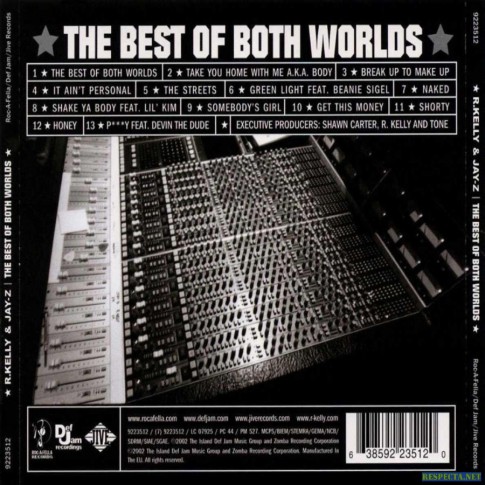 The incident, lawsuits, and everything else ultimately overshadowed the music itself. Now, with the benefit of time, does it sound any better?

No. In fact, it has actually aged pretty poorly.

First of all, it does not feel like the result of two artists being equally involved. Rather than a mutually-shared, collaborative project, much of the album feels like it’s R. Kelly featuring Jay-Z, his verses sounding like they were inserted here and there, his and Kelly’s ad-libs and interactions rarely sounding like they were recorded at the same time.

Considering his ability to dig deep and touch on a variety of topics with intelligence, it’s a bit disappointing (if not surprising) to hear Jay rhyme in such a shallow nature. This was released six months after The Blueprint, an artistic high point for him. All one has to do is read the names of the songs to learn what topics are covered here – “Naked,” “Get This Money,” “Shorty,” “Pussy” – and Jay rarely digs deeper than the surface aside from the title track, the album’s first cut, on which he speaks on the deaths of Aaliyah and The Notorious B.I.G.

For his part, Kelly is his usual sex-obsessed self and while his performance has more energy than his partner’s, it’s still not nearly his best work. He repeats the same themes over and over and while that is not new territory for him, it doesn’t sound like it does on his solo projects.

The album is polished, even glossy, but completely uninspired. There is no feeling, just two guys coasting on their names and reputations. It is produced almost entirely by R. Kelly and the Trackmasters and, listening to it again, I can’t help but be reminded of another highly-anticipated, can’t-miss album that Trackmasters co-produced that was commercially successful but ended ignominiously: The Firm.

I remember reading an interview when Watch the Throne was released and either Jay or Kanye West (or both) mentioned how important it was for both of them to be in the studio together, so perhaps Jay learned a lesson or two from this debacle because it’s clear that Jay and Kells weren’t together very much during the recording sessions.

I wonder what would have happened if the backstage altercation between the two had not occurred. Would they have tried again? In early 2002, both were riding high, fresh off successful solo projects (the aforementioned Blueprint for Jay and TP-2.com for Kells), but yet this was the result.

The Best of Both Worlds is further proof that a good idea on paper is not always a good idea in practice.

Tha Doggfather | Blood in My Eye