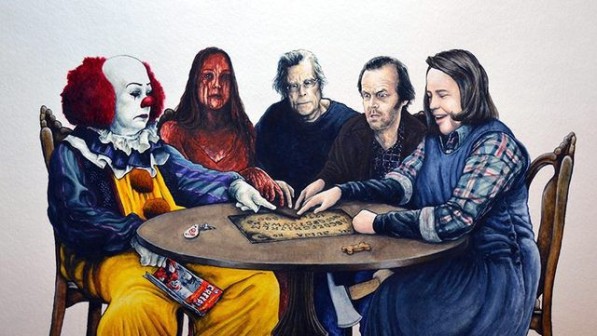 “I had a period where I thought I might not be good enough to publish.”

Stephen King’s latest collection, The Bazaar of Bad Dreams, comes out tomorrow (November 3rd). It is his sixth collection of short stories and tenth collection in total. At 68 years old, with millions in the bank, and almost 60 books and 200 short stories to his name, it would be natural for King to retire or slow down.

Instead, he’s still cranking out at least two books per year, adding to his legacy.

Yet, even if The New York Times backhandedly praises him as “not just the guy that makes monsters,” he’s still dismissed by the literary establishment and its self-important snobby followers as merely a writer of commercial fiction. He’s certainly no Franzen or DFW. If, at a stuffy, boring cocktail party on the Upper West Side, you were were to tell these people that you read King, their faces would immediately contort as if you asked hopefully if they were serving onion rings as an hors-d’oeuvre. After all, as King once said, “I am the literary equivalent of a Big Mac and fries.”

The most egregious part? Most of those people have probably never picked up a King book for fear of what their peers may think if they were to see them reading one. After all, he’s just a horror writer that trades in blood and gore, creating shock and schlock.

For years, I too believed the narrative. I had no interest in reading weird, fucked up stories that would just freak me out and give me nightmares. I saw Pet Sematary when I was a kid and it scared the shit out of me. And that was nothing compared to It. After seeing the ABC adaptation, Pennywise ruined clowns for me forever.

Still, those are films based on his work and we all know that there are plenty of movies fail to do justice to the written word on which they are based. King’s books, without question, are far better than the films that were inspired by them.

That’s also beside the point. Because the truth is, King has been creating characters that become part of the American psyche for four decades. He’s not limited to just horror and fright. Yes, there’s Carrie and Cujo, Thinner and The Shining. But there are others. From that same New York Times piece: “There’s a story Stephen King can’t resist telling. He was shopping for cinnamon buns and potato chips one day when a woman approached him. She told him that she didn’t care for horror stories like the ones he wrote, and preferred uplifting stories, like The Shawshank Redemption. When Mr. King told her he wrote that, too, she didn’t believe him.”

Shawshank was a King novella titled Rita Hayworth and Shawshank Redemption and it was included in a 1982 collection of stories called Different Seasons. There were three other stories in that collection, including one called The Body that was adapted into the film Stand By Me.

There are many works of King’s that many don’t realize he wrote. I also suspect that if someone else had written them, they would be hailed and celebrated in literary circles. It’s not only through topics and genres that King has proven his range. He’s also experimented with style, writing books in the vein of the hardboiled crime novels of the Prohibition era (The Colorado Kid), a sprawling decades-long epic (The Dark Tower series), a serialized novel with a new volume each month (The Green Mile), and more. He’s both a student and a teacher of the art of writing, having written the bible for authors, both published and aspiring, On Writing: A Memoir of the Craft. 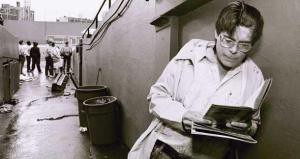 His run is not perfect. He’s had some average books and some outright bad ones, but no one is going to shoot 100% from the field after forty years and sixty books, especially if the writer seeks to challenge himself. But Jesus, he wrote The Long Walk, my favorite of his books, as a freshman in college. Think about that. This is clearly a man that was destined to be a writer. I’ve read only a fraction of his work, most of the stronger ones (The Stand, On Writing, The Green Mile, 11/22/63, Mr. Mercedes) but even I didn’t escape unscathed (Cell).

Even now, after all these years and all those lackluster adaptations, his work is still being devoured and repackaged. And not just by desperate, low-budget outfits, either. Under the Dome was executive produced by (among others) Steven Spielberg and lasted for three seasons on CBS; Carrie was turned into a film for a third time in 2013 and starred Chloë Grace Moretz and Julianne Moore; 11/22/63 will be on Hulu, starring James Franco and produced by J.J. Abrams; and Mr. Mercedes will be written and executive produced by David E. Kelley; Misery is now a Broadway play starring Bruce Willis.

In spite – or more likely because – of this, he’s still dismissed by the literary establishment, probably because he’s so successful. Just because his books sell does not mean he is like every other author whose books climb to the top of the charts and fly off shelves in the airport bookstore. He’s not John Grisham or E.L. James or Stephanie Meyer. He’s the opposite of James Patterson. He doesn’t view a book as a product, the result of an assembly line process of workers, but rather the result of years of reading, writing, and creative imagination, of honing a voice and a craft. He is severely underrated, tagged with the “popular” label that are given to so many other, inferior writers, but “what [critics] overlook is an author who transcends his genre by channeling our cultural fears better than nearly any American author.” Stephen King’s work and genius will not be fully realized and appreciated until he’s long dead.

Considering much of his output, perhaps that’s oddly fitting.